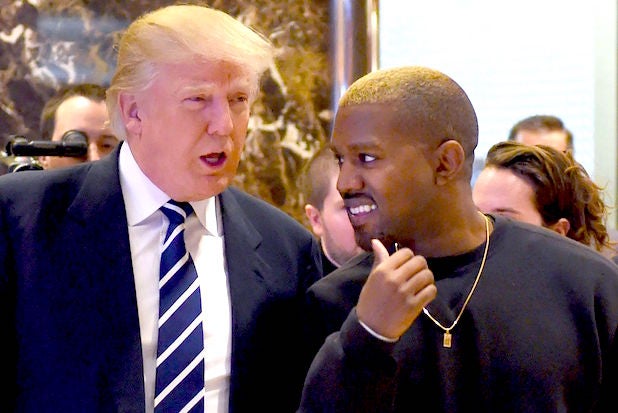 Kanye West might have thought he was meeting with Donald Trump on Tuesday to discuss “multicultural issues,” but in reality he was being used as a tool for publicity. At least that’s the opinion of singer John Legend.

In an interview with Clique, Legend said he was “very disappointed” with West for visiting with the president-elect at Trump Tower in New York.

And don’t expect Legend to break bread with the next Leader of the Free World.

Legend also slammed the “Life of Pablo” rapper for his recent declaration that he would have voted for Trump in the November election if he had bothered to vote, saying he was “very disappointed” with West over the statement.

“I was pretty disappointed with Kanye that he says he would have voted for Trump. Trump has been corrosive, his message has been corrosive to the country. And I think the things he promised to do have been very concerning for a lot of people. And for Kanye to support that message is very disappointing.”

The recently hospitalized West met with Trump on Tuesday, later revealing that he wanted to discuss “multicultural issues” with the president-elect.

“These issues included bullying, supporting teachers, modernizing curriculums [sic], and violence in Chicago,” West tweeted. “I feel it is important to have a direct line of communication with our future President if we truly want change.”

West also suggested that he might postpone his own presidential bid, previously scheduled for the 2020 election, by four years, tweeting the hashtag “#2024.”

Watch Legend express his disappointment in West in the video.