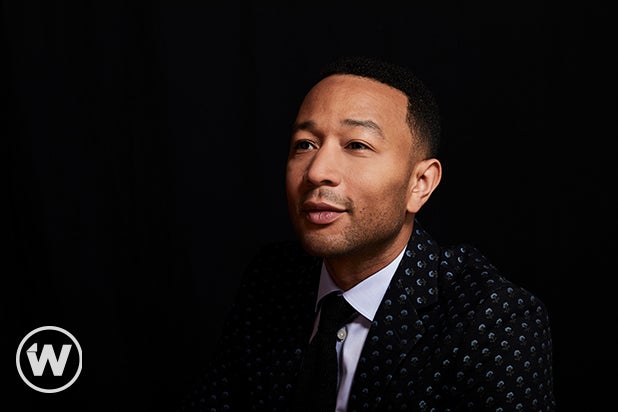 John Legend and his Get Lifted Film Co. have signed a new 3-year overall deal with ABC Studios. The production company, also run by Mike Jackson and Ty Stiklorius, is moving over from Sony Pictures Television, where it previously had a first-look deal.

Legend’s exclusive pact with ABC Studios will have Get Lifted creating scripted television content across all platforms.

Get Lifted also executive produced Richard Tanne’s Obama romance, “Southside With You,” WGN America’s critically acclaimed drama, “Underground,” Pop Network’s docu-series “Sing it On,” HBO’s 2015 documentary “Southern Rites” and “Can You Dig This,” which won the LA Film Festival’s Jury Award that same year. Get Lifted just wrapped production on the IFC comedy series “Sherman’s Showcase” and on “Rhythm + Flow” for Netflix. They are about to begin production on David E. Talbert’s holiday film “Jingle Jangle” for Netflix.

“John Legend and his Get Lifted partners, Mike Jackson and Ty Stiklorius have a strong, contemporary point of view,” Patrick Moran, president of ABC Studios, said. “Their enormous success is no surprise considering their excellent taste and ability to tell stories that are timely and unique.”

“We here at Get Lifted Film Co. are thrilled to be working with ABC Studios and welcome the opportunity to tell remarkable stories that resonate with our growing audience,” Jackson added.

Get Lifted is repped by WME and Nina Shaw of Del, Shaw, Moonves, Tanaka, Finklestein and Lezcano.

Deadline first reported the news of Get Lifted’s new deal with ABC Studios.