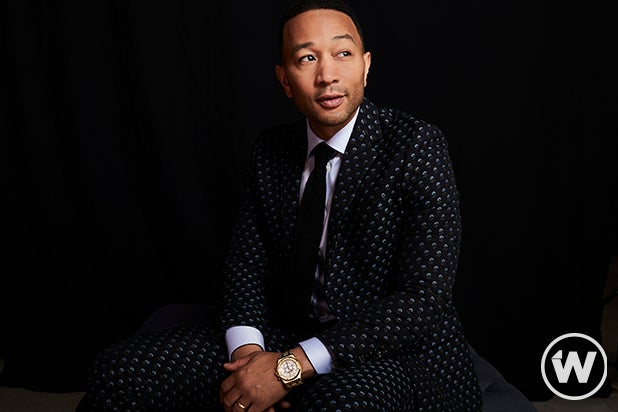 The “All of Me” singer’s Get Lifted Film Co. is partnering with Critical Content and Lythgoe’s Legacy Productions to develop the show’s format for American audiences. The format originated from South Korean entertainment company CJ ENM, who first aired the show in Vietnam in 2018, where it was a huge hit.

“Love at First Song” pairs couples through emotional performances in which single singers blindly rehearse a romantic duet, then reveal themselves and their potential chemistry during a performance. The couples live together, practice together, perform and compete together, but may swap partners in every episode — for love or music.

“Love at First Song is really the best of two great genres: performance and dating, as contestants literally fall in love and make heartbreaking decisions during their duets,” said Critical Content’s Tom Forman and Jenny Daly. “It’s the perfect format to come from a love song legend like John, plus a producer like Simon with a proven record of launching both hit shows and huge acts.”

“There’s almost nothing more compelling than watching two vocalists with chemistry sing a love song together on stage,” said Get Lifted’s Mike Jackson. “This show will take the audience to the next level by bringing them behind the scenes to the laboratory where that chemical reaction began. Critical Content and Simon Lythgoe are the perfect mad scientists for us to partner with to bring this concoction to American viewers.”

“Having worked on some of the biggest reality singing competitions in the world like American Idol and Popstars, this is the first format I’ve seen in a decade that’s a unique hybrid having all the right ingredients to be a huge international success,” said Lythgoe. “And more importantly, Love at First Song has the potential to launch the next great duo like Tim & Faith, Sonny & Cher or Jay Z & Beyoncé.”

Forman and Daly will executive produce, along with Jackson, Legend, Ty Stiklorius, and Lythgoe. The project is part of an ongoing multi-year unscripted production deal between Critical Content and Get Lifted.