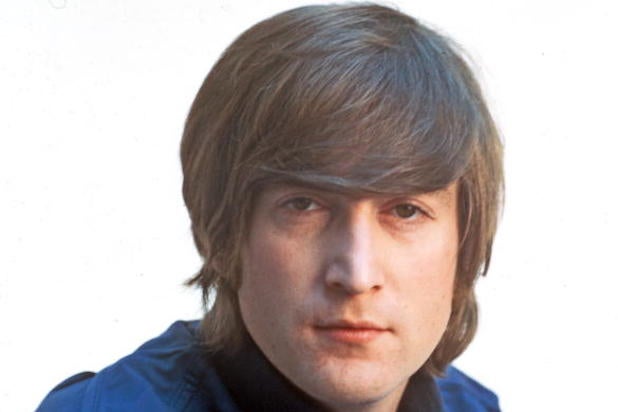 I noticed that in the Beatles 50th Anniversary afterglow, Barbara Walters and the American Broadcasting Network has decided to again broadcast the carnal visage of the man that murdered our future.

You may find that introductory sentence debatable — but what is not up for argument is the late John Lennon’s impact on popular culture during his productive years. However, this is not a blog about a Beatle. This is about one woman’s blood lust for ratings and a network that enables hate crimes by promoting monsters and proselytizing their story in between commercials for the corporate culture that is poisoning children. There’s so much wrong in that sentence, not withstanding its run-on component. They did it in 2009, and they are planning to re-run a portion of it again. I’ll be more specific.

Interviewing Lennon’s killer might be a gig that a journalist would not pass up. As a respected interviewer, Barbara Walters has interviewed the good and the bad, the insane and the criminally insane. We love to get into the heads of criminals. Whether it’s the Wolf of Wall Street or Woody — sociopaths and psychopaths sell. Their stories are compelling and fascinating on so many levels. How did they get away with it, what motivated them, what did they do with the spoils? It’s fodder for everyone from Jerry Springer to Martin Scorsese. The more violent, the better. The more innocent the victim, the quicker we are to roll up our sleeves and sit with our remotes poised and our finger hovering over the rewind button.

I’m like that. Ghandi surrounded by bearded sycophants dressed in gauzy robes pales in comparison to a volley of bullets and the blood pumping evisceration that comes with a good Quentin Tarantino movie. Violence is cool. Blood flows in only two dimensions on the flat screen or big screen. In three dimensions if the budget allows. The cries of someone in their death throes when enhanced sonically against a phalanx of cellos and synthesizers sounds really cool.

Real life is a lot different. In my life, John Lennon was more than a hero. He was the hope of my generation. As flawed as he was as a father, a husband and a human being, his call for peace resonated within me and within millions of others. He made a connection to our minds, and we loved him with our hearts. His sarcasm and rage was the bitterness of the pill that we swallowed in order to get well. He wasn’t perfect, but he was ours. His death hit us unaware of what his potential was, and history has proven me out — his absence over the last 30-odd years has been felt. It’s been felt not only in popular culture, it’s been felt in how we deal with our world, and how the world is dealing with us.

Lennon taught us to have our own voice. Lennon taught us to “imagine no possessions” — even while he drove around in a Bentley. It wasn’t a matter of hypocrisy, it was a matter of reality. Lennon said “God is a concept,” and assured us that we were real. He was unapologetic, he was snide, he could wither someone with a look — yet his message was pristine. He came out of hiding, after raising his second child from an infant to pick up the momentum that was lost when he stepped back into privacy, but not obscurity.

And he was cut down.

And the man who did that we now put on television. The man that murdered Lennon in order to become a part of the Beatle’s legend is successful in his efforts, and we are paying for it. That’s why I will not watch any interview of him — whether it’s a snippet on “The View,” or headlining “20/20.”

That’s why I will not mention his name.

Let’s be real — Barbara Walters nor her network gives two sh–s about what I write, or what you feel. If I had Barbara Walter’s ear I could make a great argument why this is so wrong on many levels. I would mount a campaign to boycott their advertisers, but that would only harm those people who depend on a paycheck from the corporations who underwrite this lunacy. Lennon would never go for that. In my mind, Lennon would look down his nose through those wire frame lenses and borrow a line from Paul McCartney. “Let it be.”

Our world is so sick, so sick. The value that this industry puts on money and ratings is a symptom of mass dementia. The Beatles are trending, let’s throw in everything that is connected, even the man who silenced the group chemistry that enabled the art that we all vibrated to. We have forgotten what we have learned, we have forgotten what “they” have taught us. We have turned away from “flower power” and “give peace a chance,” and instead we flock to the auto-tuned voices of demented souls who piss on society, destroy property and murder innocence.

They perform with contracts that demand French champagne, no green M&M’s, room temperature Evian water and sprays of flowers (all white for Miss Lopez — no exceptions). The Beatles had one demand in their contracts. They would not perform to a segregated crowd.

I’ll leave you with one of my favorite quotes from John Lennon.

His voice has been silenced. Not ours.