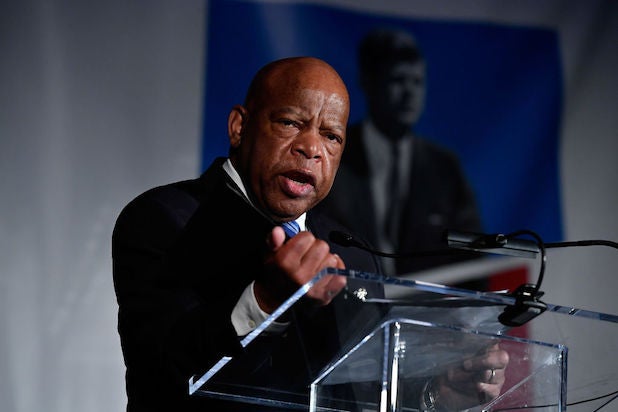 Participant and Magnolia Pictures have acquired the North American rights to “John Lewis: Good Trouble,” a documentary about the life and career of Rep. John Lewis, the distributors announced Thursday.

Dawn Porter (“Trapped,” “Gideon’s Army”) is directing the documentary that was executive produced and financed by CNN Films, AGC Studios and TIME Studios. Magnolia is planning a theatrical release for spring 2020, while CNN Films will retain North American broadcast rights.

CNN Films, Magnolia and Participant also most recently partnered on the Oscar-nominated “RBG,” which was a box office hit for a documentary with a gross of $14 million at the global box office.

The deal was negotiated by Magnolia EVP Dori Begley and Magnolia SVP of acquisitions John Von Thaden with Frankfurt Kurnit Klein & Selz on behalf of the filmmakers, and by Stacey Wolf, SVP of business affairs and Kelly MacLanahan, assistant general counsel, for CNN Worldwide on behalf of CNN Films. For Participant, the deal was negotiated by SVP of Business & Legal Affairs, Danice Woodley.

Variety was first to report news of the project.