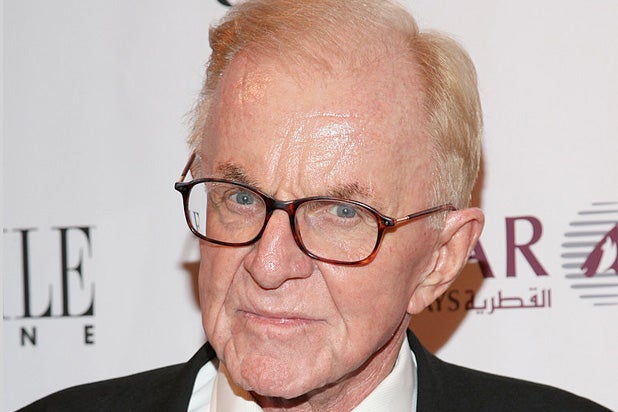 Following news of “The McLaughlin Group” host John McLaughlin’s death Tuesday at age 89, the people who shared a stage with the TV fixture rushed to offer their thoughts and grief.

“I was honored to be a regular panelist for several yrs. He was one of a kind. RIP,” Crowley tweeted shortly after the news broke.

“McLaughlin Group” regular Clarence Page took comfort in the fact that McLaughlin apparently went with a grin on his face.

“Sad news. We lost John McLaughlin this morning,” Page wrote. “I hear that he smiled before he passed. His final gift to us. RIP.”

Another familiar face to “The McLaughlin Group” viewers, Tom Rogan, posted a video to Facebook acknowledging the debt he owed to McLaughlin.

“We’re remembering him in the best way that we can, which is to say the best moments of the show,” Rogan said in the video. “He provided me with unbelievable opportunities … I owed him a lot; I will always owe him. He shaped me in many ways.”

Even the left-leaning TV showrunner Greg Berlanti (“The Flash,” “Arrow”) weighed in with a tribute, noting that his parents “made us watch him every week” and using of one of the host’s favorite catchphrases: “The answer is… He will be missed.”

According to a post on “The McLaughlin Group” Facebook page, McLaughlin, who led the PBS series for 34 years, died Tuesday morning.

Now he has said bye bye for the last time, to rejoin his beloved dog, Oliver, in heaven,” the Facebook page noted, referencing his famous sign-off. “He will always be remembered.”

McLaughlin missed an episode of the show for the first time in more than three decades last weekend.

I was honored to be a regular panelist for several yrs. He was one of a kind. RIP. RT “John McLaughlin dies at 89” https://t.co/Vh4G0bgX4o

Sad news. We lost John McLaughlin this morning. I hear that he smiled before he passed. His final gift to us. RIP https://t.co/baM3bJ1gC2

The answer is… He will be missed. RT @sethmeyers: RIP John McLaughlin. My parents made us watch him every week…

RIP John McLaughlin of #TheMcLaughlinGroup -larger than life, 1 of a kind. Will never forget his encouragement. https://t.co/4uGZVl2EdA

An odd moment in the life of the late John McLaughlin: Nixon's Plumbers want him to "translate" Bernstein's Mass https://t.co/7vFrjQoyRa