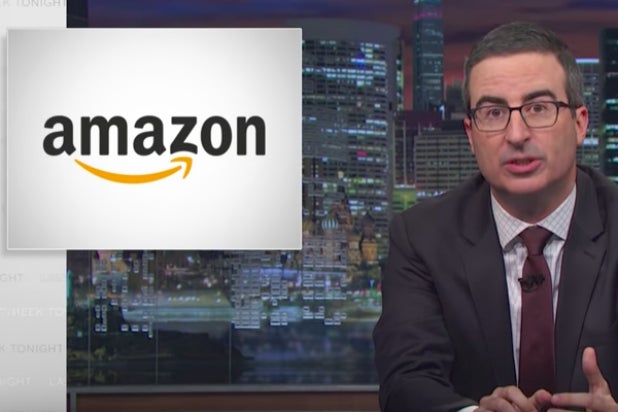 Currently, Amazon is the big whale which states are trying to lure — the online retail giant effectively promised its second headquarters to the highest bidder.

The Jeff Bezos-led online retailer recently released eight pages of instructions for North American candidates to attempt to woo his publicly traded corporation into their state.

Among 21 different mention of the word “incentives,” Amazon implored its possible suitors to “think big and be creative.” While that led to several interesting pitches — most involving the same hacky Alexa joke, unfortunately — New Jersey just straight-up offered the Prime home $7 billion in tax incentives to build in Newark.

Also Read: Here's What You Can Stream With Your Amazon Prime Membership in November

“To compete, I’m surprised that Omaha, Nebraska, didn’t offer to let Jeff Bezos kill any three people he likes,” Oliver quipped last night. “Because you know he would. Look at him — he wants it so bad! It’s the only thing he can’t have and he wants it!”

The “Last Week Tonight” host also explained what about this whole process gives Donald Trump an erection, and how quickly and easily he returns to a flaccid state.