John Oliver tackled voting rights as the core issue of his show Sunday night, and he had a clear message for Democrats and Republicans alike: The system is broken and Joe Biden needs to take concrete action toward fixing it.

Granted, when it comes to Republicans, Oliver largely blamed them for the breakage in the first place. The late-night host took the time to highlight states that have introduced new voting laws — which he called “some of the biggest efforts to undermine voting rights” — in the months following the 2020 election, dutifully pointing out how they disproportionately affect certain communities, primarily people of color.

GOP lawmakers have defended their bills, arguing that if people actually read them, they won’t be able to find specific instances of voter suppression. So naturally, Oliver debunked that statement by doing exactly what those lawmakers said to do: he read the bills. 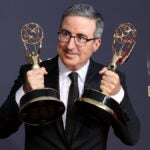 Also Read:
John Oliver Explains That Adam Driver Shout-Out at the Emmys: ‘His Presence Was Felt Throughout Our Script’

Next, Oliver turned his ire on President Biden for arguing that because 2020 had huge voter turnout, people will continue to show up and show out.

“Sure, Joe! Maybe! Or maybe they’ll show up and get turned away because of everything that we’ve been talking about here!” Oliver said. “Biden’s White House even reportedly told voting rights groups that it is possible to ‘out-organize voter suppression.’ But the problem is, it isn’t. It just isn’t. That is what voter suppression is.”

“The solution to voter suppression cannot be to ‘just vote’ — for the same reason that the solution to being locked out of your home can’t be to tell someone ‘Just go inside and get the keys,'” Oliver said. “What the f— are you talking about? I’m locked out! How are you not understanding this situation?” 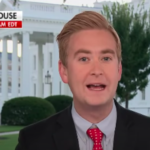 All joking aside, Oliver did what he always does and got blunt, also calling out West Virginia Sen. Joe Manchin.

“All of this is to say, to Joes Biden, Manchin and any other Joe who wants to skip doing anything significant and instead rely on the perseverance of the American spirit: stop f—ing around and fix this.”

You can watch John Oliver’s full voting rights segment in the video above.