We highly doubt China gets John Oliver’s HBO show, but who needs the “Daily Show” alum when they have this cartoon character from the government’s family planning PSA?

On Sunday, Oliver called his animated doppelgänger a “very, very sexy cartoon” before saying of the lookalike: “That’s basically a copyright infringement.” 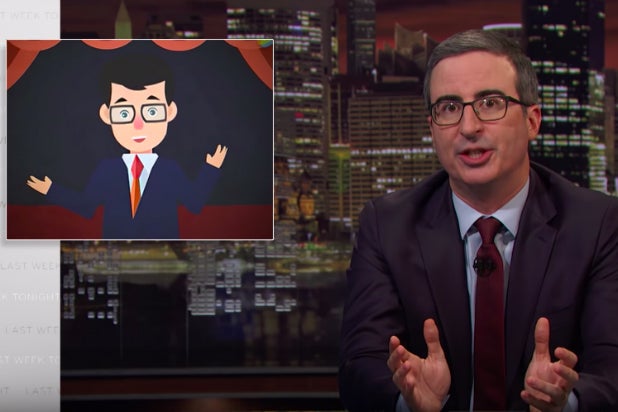 The topic at hand last night was China’s one-child policy, which thankfully ended in 2015. These days, the generous government allows citizens to have all of two kids per family — though the consequences of its decades-long restrictions are continuing to be felt.

Watch the video above to learn more about the current state of the country’s family planning — and to see exactly what propaganda Chinese-cartoon-Oliver is peddling.