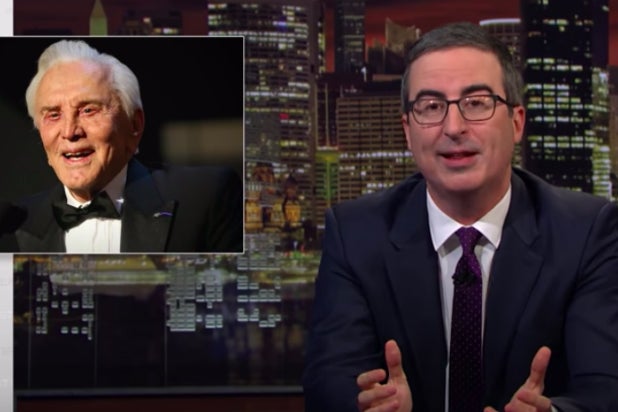 Yes, you read that right — though we are celebrating the 100th anniversary of women getting the right to vote, there technically is no current guarantee of equality on the basis of sex in the U.S. Constitution. Awesome.

“It’s one of those things that’s so obvious, you assume we already have it,” Oliver said. “It’s like when you see baking soda at the store. You think, ‘I don’t have to buy baking soda. I definitely already have baking soda, it’s a staple.’ And then you get home, and you’re baking a cake, and you reach in the cupboard for baking soda and you realize, ‘F—, women still aren’t guaranteed equal rights under the Constitution.'”

If you’re wondering why we’d even need the ERA in 2019, Oliver’s got that covered.

“Equality for women should be a basic principle of our society, and if you think it already is, great, all the more reason to write it down,” Oliver added. “And if you think it isn’t, then we badly need the ERA.”

Also in the clip, Oliver demonstrates how to masterfully roast a pig. It has nothing to do with the main topic at hand, but it’s hilarious, so we thought we’d entice any fence-sitters to watch with that tease.

There’s also a solid Kirk Douglas reference that we somewhat spoiled with the headline. Douglas, one of the last remaining stars of film’s so-called “Golden Age,” is 102.