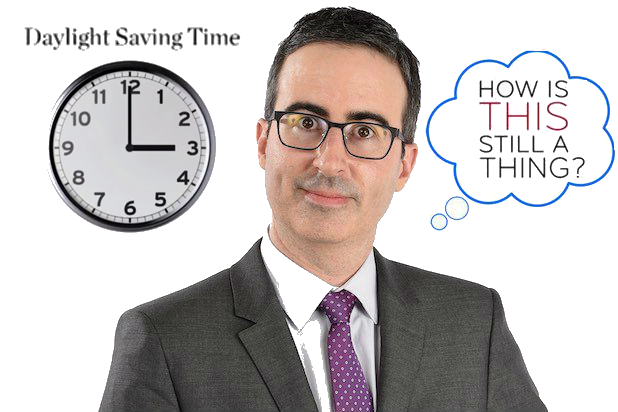 We’re all about to lose an hour of sleep this weekend to Daylight Saving Time, to which John Oliver asks, “How Is This Still a Thing?”

“The modern Daylight Saving was introduced during the first World War, as a fuel-saving measure by the Germans,” the HBO show’s narrator read. “That’s right, you lost an hour of sleep this morning thanks to Kaiser Wilhelm.”

That said, the clock-maneuvering measure doesn’t quite help out in the world we currently live in. Not only do we not save energy, we increase our risk of car accidents and work-related injuries the week after the time change.

“That’s right. What you lose in sleep, you gain in mortal danger,” Oliver’s voiceover guy stated, in between calling cows “idiots” and “stupid.”

One Italian interview subject summed it up best: “It’s a pain in the ass, basically.”

Watch the video below and judge for yourself: