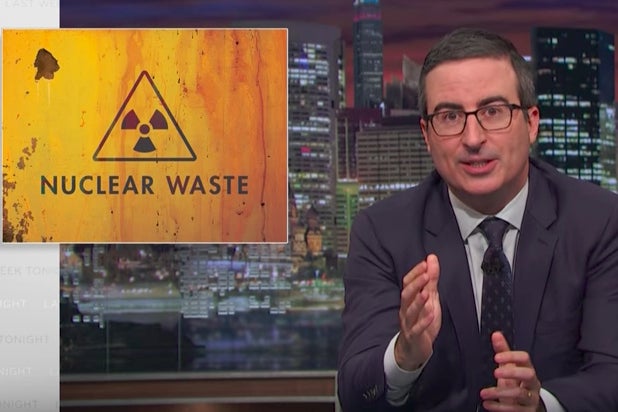 HBO has renewed John Oliver’s “Last Week Tonight” for three more seasons, which will keep it on the network through 2020.

Oliver will get 30 episodes per season, the pay-TV channel said Tuesday in a media release.

“We are thrilled to have John Oliver as an integral part of the HBO family and to continue to share his comedic brilliance with the world,” said Casey Bloys, president, HBO Programming. “His extraordinary genius for rich and intelligent commentary is second to none.”

Oliver went on to say: “First: I firmly disagree with everything Casey just said. Second: We’re very grateful to Richard Plepler, Casey and everyone at HBO for letting us continue to do whatever it is we actually do.

“And finally: We’d also like to thank our staff for all their hard work,” he added. “We’re incredibly proud of all of you, and rather than tell you that to your face, we’d like to do it in the cold, dispassionate form of a press release.”

The brilliant “Last Week Tonight” is currently in its fourth season, and is up for plenty of Emmys on Sunday. The series is produced for HBO by Avalon Television and Sixteen String Jack Productions. Executive producers include Oliver, Tim Carvell, Liz Stanton, Jon Thoday and James Taylor. Paul Pennolino directs all the satire.