On Sunday’s “Last Week Tonight,” host John Oliver used awkward apologies given to China by actor John Cena and clothing company The Gap to highlight just how intense the country’s government feels about its claim of ownership of Taiwan.

“China insists that Taiwan, an independently operating entity, with its own democratically elected leaders, armed forces and constitution is actually part of China, and in no way a separate country,” Oliver said. “Here is an understatement: The Chinese government feels strongly about this. So strongly, in fact, that when John Cena went on a press tour for the most recent ‘Fast & Furious’ movie and said, ‘Taiwan is the first country that can watch “F9,”‘ this is what happened next.”

Oliver then cut to Cena’s homemade apology video, which was posted in May, in which he speaks in Mandarin, with these subtitles included: “I’m so so sorry for my mistake. I’m sorry. I’m sorry. I’m very sorry. You have to understand, I love and respect China and Chinese people. I’m sorry.” 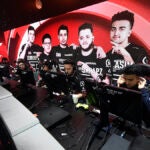 “Every part of that is so weird,” Oliver said. “It’s weird John Cena apologized to China. It’s weird he did it for calling Taiwan a country and it’s weird to see him do it in pretty decent Mandarin. That’s just too many weird things. I half expected that shot to pan out to also reveal he’s doing a needlepoint of Liam Neeson kissing an ostrich. Honestly, it would only make it slightly stranger.”

The HBO late-night host said Cena isn’t the only one who has had to make amends with China in some way for publicly saying something about Taiwan that either directly or indirectly implied its independence.

“Taiwan is such a third rail for China, that it may be why Paramount Pictures removed the Taiwanese flag from Tom Cruise’s jacket for the ‘Top Gun’ sequel and it is definitely why The Gap apologized for releasing this T-shirt featuring a map of China without Taiwan attached,” Oliver said. “That shirt caused a s—storm. And it led to The Gap, makers of the bland T-shirts that dads wear when they are on the elliptical for 30 minutes, to apologize for 1.4 billion people.”

Watch Oliver’s full segment on Taiwan via the video above to learn about the United States’ “strategic ambiguity” when it comes to the country’s relationships with China and Taiwan.