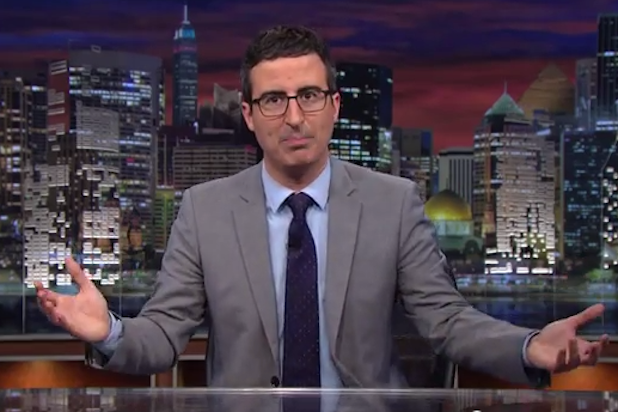 John Oliver proved his chops as a comedy anchor when he took over “The Daily Show” for the summer of 2013 so his boss Jon Stewart could go film a movie. That guest-hosting gig led to his new job as host of HBO’s “Last Week Tonight.” But he came back home to Comedy Central on Thursday to take over “The Daily Show” once again.

Uncomfortable presiding over a show that would promote and tout his own film, Stewart asked if Oliver could take over. “I think we’ve already seen that I can do that,” Oliver said in his dry British accent.

When he interviewed Maziar Bahari, the journalist whose story of torture and arrest in Iran was the genesis for “Rosewater,” Oliver was told by Bahari, “You’re welcome. If it was not for my arrest, Jon would not make a film, you would not host the show, and you would not have your own show now.”

Stewart did make an appearance at the end of the show to briefly plug his own film, but Oliver cut him off to remind viewers that “Dumb and Dumber To” was set to hit theaters this weekend as well.

Check out video of Stewart summoning Oliver via the tried-and-true method of rubbing a tea pot with a picture of Queen Elizabeth II on it in the video below.