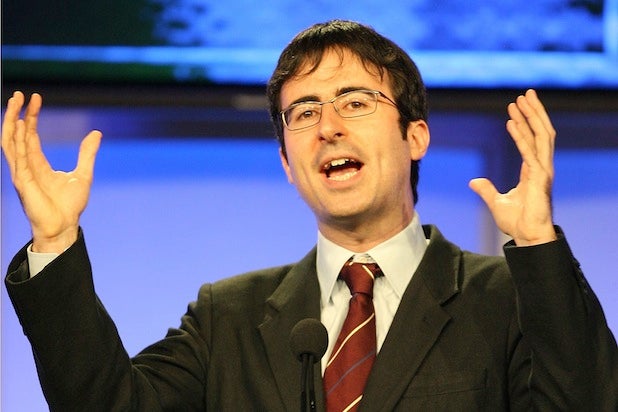 Mark your calendars, John Oliver fans: the former “Daily Show” favorite will be bringing the laughs to HBO on April 27.

Oliver will offer his satirical take on the week in news, politics and current events in the half-hour series. Oliver is executive producing, along with Tim Carvell, James Taylor and Jon Thoday.

Oliver proved his hosting skills last summer, when he filled in for “Daily Show” host Jon Stewart while Stewart was making his film directorial debut.

Oliver gave a nod to “The Daily Show” when his HBO series was announced, saying that he had experienced “the best seven and a half years of his life” there.

“I’m incredibly excited to be joining HBO, especially as I presume this means I get free HBO now,” Oliver said. “I want to thank Comedy Central, and everyone at ‘The Daily Show’ for the best seven and a half years of my life. But most of all, I’d like to thank Jon Stewart. He taught me everything I know. In fact, if I fail in the future, it’s entirely his fault.”