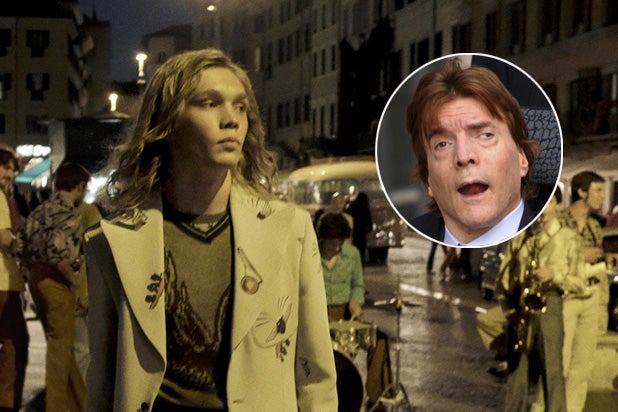 If you thought what happened to 16-year-old John Paul Getty III in Ridley Scott’s new movie “All the Money in the World” was bad, the aftermath of his 1973 kidnapping was not much better.

After surviving more than five months in captivity by members of the Calabrian Mafia, the grandson of billionaire John Paul Getty underwent several surgeries to restore the ear that his kidnappers cut off and sent to an Italian newspaper to extract a multimillion-dollar ransom.

In 1975, when he was 18, Paul (played by Charlie Plummer in the film) married a German photographer named Gisela Martine Zacher, who was six years his senior, and had born him a son in January of that year.

Also Read: Yes, Balthazar Getty Is the Son of Kidnapped John Paul Getty Heir in 'All the Money in the World'

In addition to the boy — future “Brothers & Sisters” actor Balthazar Getty — he also adopted Zacher’s daughter, Anna, from a previous relationship. (The couple divorced in 1993.)

For several years, Paul and his wife lived in New York and became associated with Andy Warhol’s downtown art scene, according to the New York Times.

When the elder John Paul Getty (played by Christopher Plummer, no relation) died in 1976, he was worth an estimated $2 billion — but left Paul nothing in the will. Paul’s father, by then an alcoholic and drug addict, inherited just $500. (John Paul Getty Jr. died in 2003.)

In the early ’80s, John Paul Getty III tried his hand at acting and landed small roles in Raoul Ruiz’s 1981 horror film “The Territory” and Wim Wenders’ drama “The State of Things.”

But in 1981, he suffered a drug-induced stroke that left him a quadriplegic, nearly blind and unable to speak, according to the L.A. Times. By that time, the Times reported, he was also addicted to drugs and alcohol.

His mother, Gail — who had negotiated with both her son’s kidnappers and her former father-in-law for ransom money (and who is played strikingly by Michelle Williams in the film) — again stepped up to the plate.

Also Read: 'All the Money in the World' Cast Discusses How Ridley Scott Pulled Off Reshoots With Christopher Plummer

“His mother basically cared for him until he died, so he was very close to his mother,” “All the Money in the World” screenwriter David Scarpa told Vanity Fair. “He was the center of her life for over 40 years.”

When he died in 2011 at age 54, Balthazar Getty said of his father, “He taught us how to live our lives and overcome obstacles and extreme adversity, and we shall miss him dearly.”

From sequels and adaptations to remakes, TheWrap looks at massive movie misfires from the past year

While there were huge hits, 2017 also gave us big gambles that didn’t pay off, franchise films that look like they have diminishing returns, and would-be franchises that are unlikely to see a sequel. Here are the 20 biggest movie letdowns of the year.