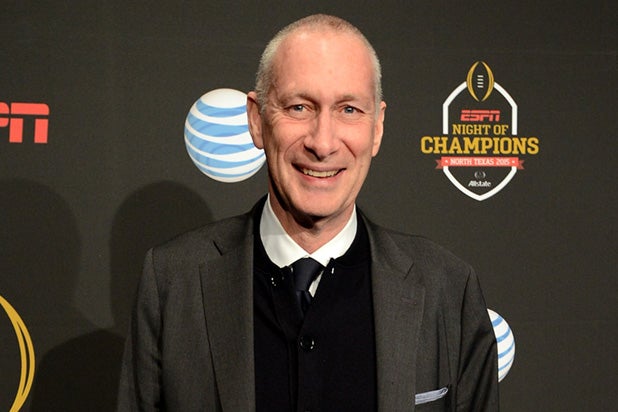 Skipper, who is based in New York, will oversee all of Perform Group’s operations and strategy and report to the firm’s board. London-based Simon Denyer, Perform Group’s founder, will continue as the company’s CEO.

After 27 years with the company, Skipper resigned as ESPN president and co-chairman of the Disney Media Networks last December, citing struggles with “substance addiction.” He was replaced by Disney Interactive boss James Pitaro in early March.

The firm said Skipper’s hire highlights its strategy for global expansion across all divisions.

“Simon and his team have built an enormously impressive company, providing an excellent base to establish a global leadership position in the over-the-top sports subscription business, the clear future of sports delivery,” Skipper said in a statement. “Perform Group’s platform and expertise, coupled with its success in launching subscription services in Germany, Japan and Canada provides a model we intend to replicate around the world.”

In an interview with James Andrew Miller for the Hollywood Reporter, Skipper revealed what happened in the days leading up to his resignation — explaining he had not planned on stepping down even the Friday before his Monday announcement — and whether or not the choice was his or Disney CEO Bob Iger’s.

“In December, someone from whom I bought cocaine attempted to extort me,” Skipper told Miller, who interviewed him over the course of several hours at the beginning of March for the story published Thursday by The Hollywood Reporter. While the ex-ESPN boss said he had been cautious about his dealings in the past, “it turned out I wasn’t careful this time.”

His appointment at Perform Group marks his first new gig since leaving ESPN.

“Perform is rapidly expanding its role in sports media with significant investments in the best content and our own platform. We are now preparing to push forward with the expansion of DAZN, our live and on-demand streaming service, in more major markets around the world,” said Simon Denyer, CEO Perform Group. “DAZN is revolutionizing how fans watch their favorite sports. John is one of the most significant leaders in the history of our industry, and I am delighted that he has agreed to join me and the team to help take Perform to the next level of our ambitions.”

“Since our initial investment 10 years ago, Perform has become one of the most important brands in the sports media industry and a key holding in the Access portfolio,” said Len Blavatnik, Chairman Access Industries and Perform Group’s majority shareholder. “John’s addition to the team and Board will help the company continue its impressive progress.”