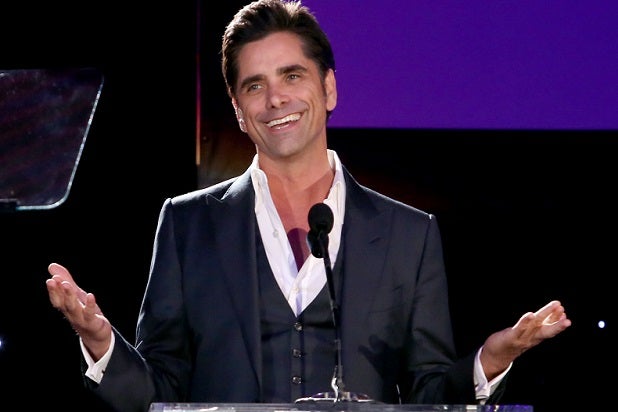 John Stamos certainly has been making himself heard loud and clear on Twitter this week.

The “Full House” actor, who earlier this week cast foul-mouthed doubt on claims reportedly made by his former costars Mary-Kate and Ashley Olsen regarding a reboot of the show, has once again lashed out — this time at Lifetime, which plans to make an unauthorized behind-the-scenes movie about “Full House.”

Lifetime announced Monday that it is developing a made-for-TV movie about the ABC sitcom that “will look at the rise of the cast and the pressure on them to balance the idyllic family life on the show with the more complicated reality of their own lives outside the series,” according to the project’s logline.

The movie “will also look at the warm bond that grew up between the cast as the show became one of America’s most beloved family sitcoms.”

The movie is being written by Ron McGee, who wrote Lifetime’s “The Unauthorized Saved by the Bell Story.”

A spokesperson for Stamos told TheWrap that the actor had no further comment on the matter.

Lifetime hasn’t been the only target of Stamos’ social media wrath this week. On Sunday, Stamos — who’s currently preparing to executive produce and guest-star in a Netflix reboot of “Full House,” dubbed “Fuller House” — minced no words in refuting a report that the Olsen twins had been left in the dark about the reboot.

“I call bullshit,” Stamos tweeted, with a link to the report. The reboot has received a 13-episode order from Netflix.

Representatives for Stamos did not immediately respond to TheWrap‘s request for comment.