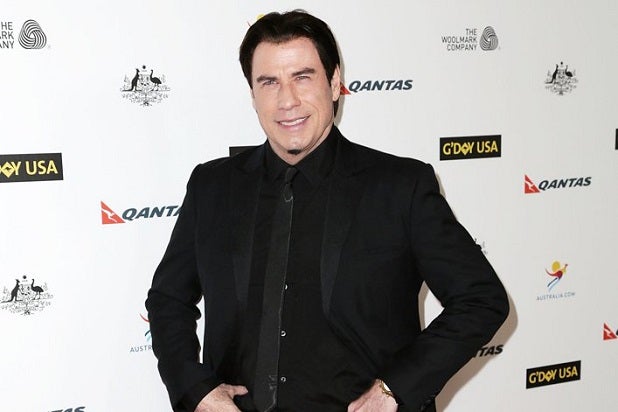 Two-time Oscar nominee John Travolta is in talks to star in Patriot Pictures’ action-thriller “I Am Wrath,” which is being directed by Chuck Russell (“Eraser”), multiple individuals familiar with the project have told TheWrap.

Travolta will play a man out for vigilante justice after a group of corrupt cops are unable to catch his wife’s killer.

Michael Mendelsohn, Nick Vallelonga and Richard Salvatore are producing the film, which Paul Sloan wrote based on a story by Yvan Gauthier. Production is expected to start in March in Columbus, Ohio.

Agency sources have told TheWrap that the producers are already out to supporting cast under the expectation that Travolta will star, though there is no official deal in place quite yet.

Nicolas Cage and William Friedkin were circling an earlier incarnation of the project, which could prove to be Travolta’s “Taken.”

Travolta, who earned Oscar nominations for “Pulp Fiction” and “Saturday Night Fever,” recently co-starred in Oliver Stone‘s “Savages” and is set to play Robert Shapiro in FX’s OJ Simpson series “American Crime Story,” which would shoot after “I Am Wrath.”

Travolta’s upcoming features include crime thriller “The Forger,” Blumhouse’s “In a Valley of Violence,” Jackie Earle Haley’s “Criminal Activities” and David Hackl’s “Life on the Line.”

Russell’s credits include the Arnold Schwarzenegger action movie “Eraser,” Jim Carrey’s hit comedy “The Mask,” the 1988 version of “The Blob” and the early Dwayne Johnson vehicle “The Scorpion King.” He also served as an executive producer on Michael Mann’s “Collateral” starring Tom Cruise and Jamie Foxx.

Travolta is represented by WME and Principato-Young Entertainment. Russell is repped by Verve and ROAR, while Sloan is managed by Luber Roklin Entertainment.