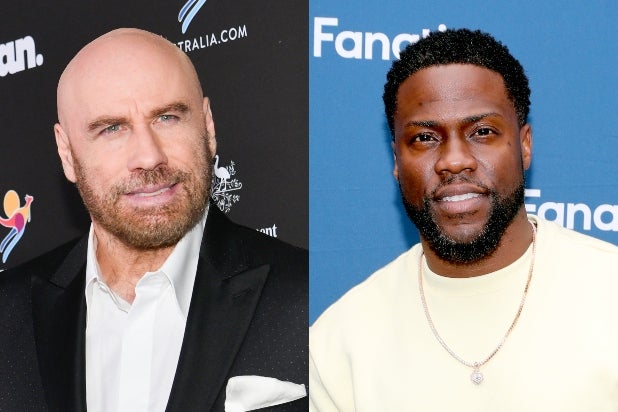 Here is the official description for “Die Hart.”

“In ‘Die Hart,’ Kevin Hart plays a fictionalized version of himself who’s tired of being the comedic sidekick. He gets his wish when a famous director offers him his dream – to be a leading man action star – but there’s a catch: Kevin must first train at the world’s greatest action star school, run by a lunatic (John Travolta). Pushed to his limits by this action school coach and a tough-minded rival student, Kevin must survive a series of hilarious, over-the-top action sequences and face his fears if he wants to achieve his dream and land the role of a lifetime.”

Also Read: 'The Fugitive' Teaser: Kiefer Sutherland Declares Boyd Holbrook as 'Our One and Only Suspect' in Quibi Reboot (Video)

Eric Appel directs and Tripper Clancy and Derek Kolstad will write. The Laugh Out Loud production will be executive produced by Hart as well as Candice Wilson, Bryan Smiley and Jeff Clanagan.