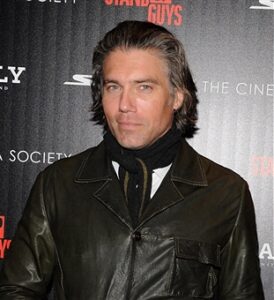 Written by Richard D’Ovidio, “The Forger” follows former child art prodigy and petty thief Ray Cutter (Travolta), who arranges to buy his way out of prison so he can spend time with his ailing son (Sheridan). Ray and his father (Plummer) must come together to carry out one last big job for the syndicate that financed his early release.

Ehle will co-star as Travolta’s emotionally fragile ex-wife, while Mount will play a member of the syndicate who creates trouble for him. Spencer will play a DEA agent and Thomas will play Ray’s long-time friend and wingman.

Ehle, who next stars alongside Kevin Costner in Mike Binder’s drama “Black and White,” previously starred in “Zero Dark Thirty” and “Contagion.”

Mount, who will soon be seen in “All the Boys Love Mandy Lane,” recently wrapped the Liam Neeson thriller “Non-Stop.”

Spencer currently stars in Sundance Channel’s original series “Rectify,” while Thomas’ past credits include John Dahl’s “You Kill Me.”