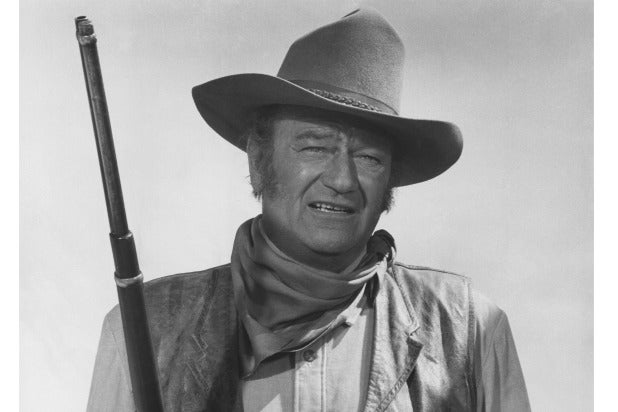 The University of Southern California (USC) has decided to remove an exhibit featuring John Wayne amid continued pressure from students decrying the actor’s racist history and a newfound push in society to reckon with racism.

The exhibit, which was showcased in the main building of the School of Cinematic Arts Complex at Wayne’s alma mater, will be taken down and the material moved to the library archives, Evan Hughes, assistant dean of diversity and inclusion at USC said in a statement.

“Conversations about systemic racism in our cultural institutions along with the recent global, civil uprising by the Black Lives Matter movement require that we consider the role that our school can play as a change maker in promoting antiracist cultural values and experiences,” Hughes wrote in a statement the university tweeted.

USC students have pushed to have the exhibit removed since last year when a 1971 Playboy Magazine interview with Wayne resurfaced.

“With a lot of blacks, there’s quite a bit of resentment along with their dissent, and possibly rightfully so. But we can’t all of a sudden get down on our knees and turn everything over to the leadership of the blacks,” Wayne, then 63, said in the interview. “I believe in white supremacy until the blacks are educated to a point of responsibility.”

The actor also made comments regarding the history of slavery in America, saying: “I don’t feel guilty about the fact that five or 10 generations ago these people were slaves. Now, I’m not condoning slavery. It’s just a fact of life.”

“Our so-called stealing of this country from them was just a matter of survival,” Wayne continued in the interview, speaking on America’s colonialism and mistreatment of Native Americans. “There were great numbers of people who needed new land, and the Indians were selfishly trying to keep it for themselves.”

In June, Orange County Democratic Party officials filed a resolution to remove Wayne’s name from the John Wayne Airport in Orange County, California, citing the late actor’s past “white supremacist, anti-LGBT, and anti-Indigenous views.” The resolution cites a recent survey of Orange County residents saying that “79% of respondents see the county’s increasing ethnic diversity as a source of great strength.”