“Silent Night” will be Woo’s first film in Hollywood since “Paycheck” in 2003, and Woo intends to direct it without a single word of dialogue. The film is about a father who heads into the underworld in order to avenge his son’s death.

Casting for the film is currently underway, with Kinnaman already attached to star. 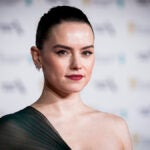 Basil Iwanyk, Erica Lee, Christian Mercuri and Lori Tilkin are producing “Silent Night.” Capstone is in negotiations to finance the film, with the movie being presented to buyers at the upcoming American Film Market.

Ruzanna Kegeyan is overseeing for Capstone with Joe Gatta.

John Woo is famous for American films like “Face/Off” and “Mission: Impossible II,” and for his early Hong Kong action films, including “Hard Boiled.” He has been working in China since the mid-2000s and has directed both movies in the “Red Cliff” and “The Crossing” sagas, as well as “Manhunt” from 2017.

Joel Kinnaman was most recently seen in James Gunn’s “The Suicide Squad.”

Woo is repped by ICM Partners and Hansen Jacobson. Kinnaman is represented by WME and Magnola.