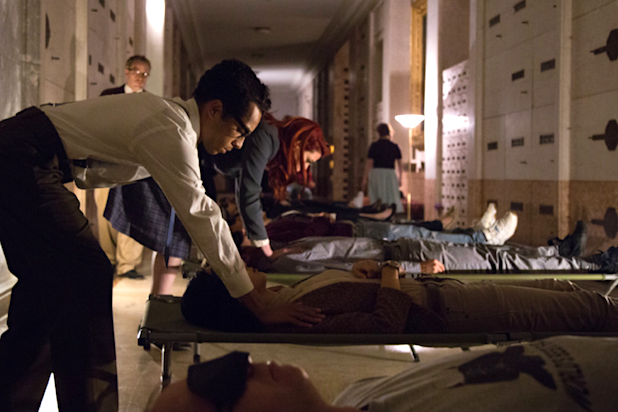 Those final words conclude Dalton Trumbo’s introduction to his 1938 novel, “Johnny Got His Gun.” The novel is written from the perspective of Joe Bonham, who loses his arms, legs, and face in a World War I trench and struggles to make contact with the outside world. The book was later made into a movie of the same name, directed by Trumbo. The film was later immortalized by Metallica in their infamous music video for “One.”

And now, the novel is getting a new immersive theater production by The Speakeasy Society. But what makes this work relevant today?

The novel itself has remained an interesting piece of history. Decidedly anti-war, Trumbo struggled to explain that it wasn’t a definitive argument against all warfare. The author got unwanted support from pro-Nazi citizens, as the book was published on the eve of WWII, who viewed it as an argument against the US joining the Allied Forces. Then it was brought back to the forefront with the Korean War. Then the Vietnam War. And so on. Trumbo uses the introduction to explain why he never went back to alter the text or clarify its purpose: He wanted to find out for himself.

And Trumbo was no stranger to battles. He was one of the Hollywood Ten — ten screenwriters blacklisted in Hollywood for their communistic views by the House Un-American Activities Committee. He even spent eleven months in prison. After his release, he kept writing screenplays distributed under pseudonyms and even won an Academy Award under the name Robert Rich. His story is retold in the 2015 film “Trumbo,” starring Bryan Cranston in the lead.

So what does Joe Bonham mean to the world today? 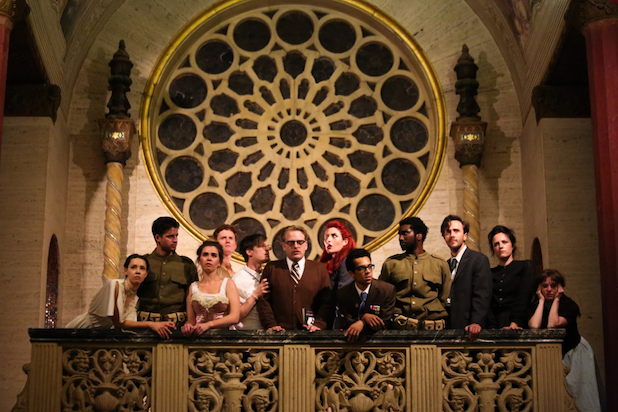 I’m one of the three Artistic Directors of The Speakeasy Society, an L.A.-based immersive entertainment company creating intimate and epic experiences in unexpected places. With a shared passion for crafting experiences where audience interaction is vital to the performance itself, longtime collaborators Julianne Just, Genevieve Gearhart and I created The Speakeasy Society to tell 360-degree stories that provide space for entertainment, discovery and escape through total engagement.

Some readers may have heard of immersive theater through the ever-popular “Sleep No More” or “Then She Fell,” based in New York. The artform has taken off in the commercial world at an accelerated rate for the past several years — including experiences at Comic-Con promoting “Westworld,” “Legion,” and “Blade Runner 2049,” to name a few.

But what our company excels at is finding a deeper meaning and narrative through interactive performance. Shortly after we created our company, I suggested we create a production based on “Johnny Got His Gun.”

Also Read: Bryan Cranston: The Black List Shouldn't Be Something Screenwriters Want to Get On

“At the core of the novel is the struggle to be understood, not just to be heard, but to believe your thoughts, feelings, experiences, and sacrifices can create actual change, can move mankind forward,” says Julianne Just. “We allow the audience, as Johnny, to grapple with questions of choice, nationalism and the larger impact that war has on both those who are asked to fight, and those who are left behind to pick up the pieces. Through the show, we give a voice to the deceased, and highlight the willful choice not to listen, both as a society and as individuals — particularly about the human cost of war.”

The theme is startlingly relevant in today’s world.

“The novel was a starting point,” Genevieve Gearhart adds. “We also drew from actual accounts of WWI soldiers in the trenches, stories from torn families and home life, as well as details from Trumbo’s own life and his experience dealing with HUAC and his ultimate blacklisting. It all gets combined in this very dreamlike way that makes you reconsider your own reality.”

Perhaps the greatest compliment the company has received was from Dalton Trumbo’s granddaughter, who attended an earlier production of the show. Following the performance, she thanked us for the clear admiration with which we had approached the project, saying that she understood her grandfather’s work better now that she had seen our performance — that we had, in effect, channeled his spirit.

America is at a crossroads. The government and media are at odds. There are growing cries for segregation and isolationism. We are in danger of slipping back into the past. It can easily happen, because it’s happened before. And that’s why there’s no better time to re-examine the themes of patriotism, duty, and human value in Dalton Trumbo’s seminal novel. It questions what principles we are willing to fight for and interrogates what we owe our fellow humans.

Trumbo’s work is timeless and the message will remain alive as long as people keep reading — or experiencing. The story was never just about war. It simply asks the question: “What is worth dying for?”

And it leaves the answer to you.

Check out The Johnny Cycle – running through September 21st. General admission tickets are $125 and available here.

BIO Matthew Bamberg-Johnson
Matthew  is a co-artistic director of the award-winning immersive entertainment company, “The Speakeasy Society,” creating intimate and epic works in unexpected places. His roles in their recent productions include Dalton Trumbo in "The Johnny Cycle," and Phil Daring in their ongoing episodic "Kansas Collection", a dystopian Wizard of Oz-themed ARG. Matthew earned his B.A. in Theater and Dance from Trinity College in Hartford, CT, and received his MFA in Acting from the California Institute in the arts. In addition to his work for The Speakeasy Society, Matthew works as a Performing Arts Coordinator for ISANA Academies, a series of charter schools in the Greater LA Area. 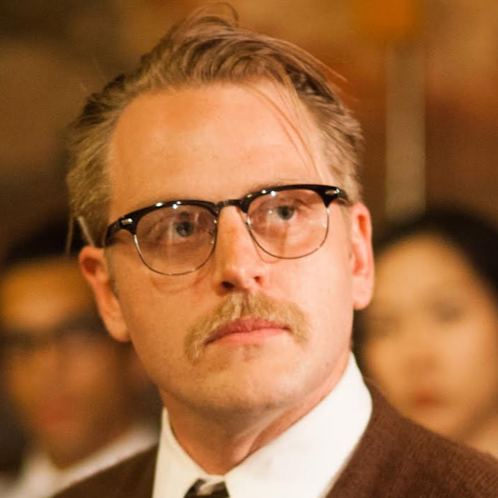 Matthew  is a co-artistic director of the award-winning immersive entertainment company, “The Speakeasy Society,” creating intimate and epic works in unexpected places. His roles in their recent productions include Dalton Trumbo in "The Johnny Cycle," and Phil Daring in their ongoing episodic "Kansas Collection", a dystopian Wizard of Oz-themed ARG. Matthew earned his B.A. in Theater and Dance from Trinity College in Hartford, CT, and received his MFA in Acting from the California Institute in the arts. In addition to his work for The Speakeasy Society, Matthew works as a Performing Arts Coordinator for ISANA Academies, a series of charter schools in the Greater LA Area.