The twists in the Johnny Depp-Amber Heard divorce case continued Wednesday when Heard released a new series of images she claims document abuse she suffered at her estranged husband’s hands.

In the photos, released exclusively to People, Heard is seen with a bruised eye and a split lip. According to court documents, the alleged assault took place in December and Heard said she “feared for [her] life.”

The new photos are similar to those released when she first filed for divorce on May 23. Previous images also showed bruising around her eye, which she says occurred when Depp hit her in the face with a phone.

Also Read: Why Amber Heard Says She Needs $50,000 a Month in Spousal Support From Johnny Depp

On Tuesday, Heard’s legal team issued a statement to the media saying that the actress had filed a statement with the Los Angeles Police Department about alleged abuse. An LAPD spokesman said that the department will investigate, as they do with all allegations.

Heard was granted a temporary restraining order last Friday. The actress alleged that Depp had been abusive on multiple occasions, notably on May 21 at the couple’s Los Angeles residence. Heard submitted multiple photos as evidence of the alleged abuse, including photos of herself appearing to show marks around her eye.

Over the weekend, comedian and Depp friend Doug Stanhope published a guest column on TheWrap with his point of view of the situation. He wrote that Depp was being falsely accused of physical abuse, and being manipulated by Heard, who was “threatening to lie about him publicly in any and every possible duplicitous way if he didn’t agree to her terms.”

Take a look at one of the new photos of Depp’s alleged abuse on the cover of People below: 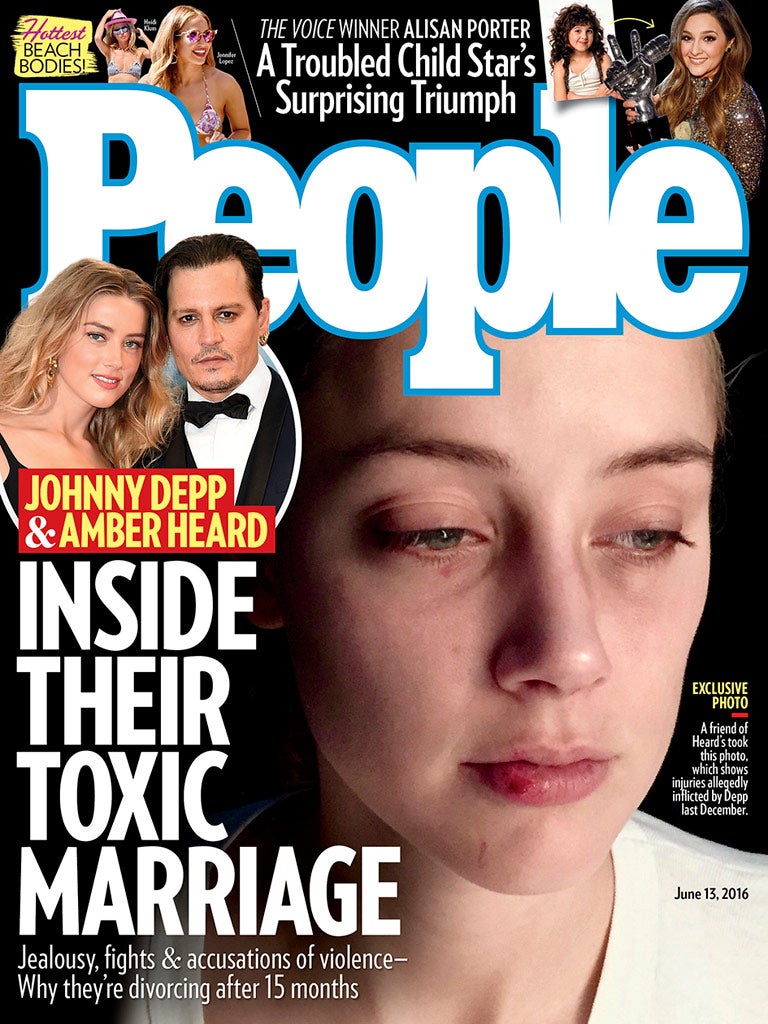