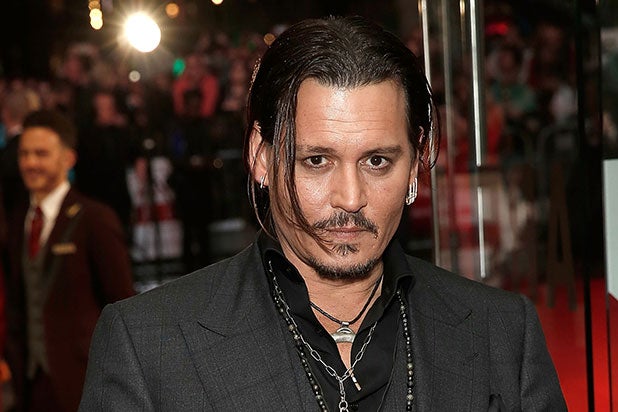 Johnny Depp’s appearance on “The Graham Norton Show” Friday outraged many of its viewers, who questioned the timing of booking an actor who has been accused of domestic abuse.

That was especially true since Norton’s opening monologue addressed the flood of sexual misconduct allegations coming out of Hollywood in the last few weeks, including those made against Kevin Spacey.

“It has been a week of sleaze, hasn’t it? A week of sleaze. There have been so many allegations, people’s careers are collapsing like a house of… dominoes,” Norton said.

The juxtaposition troubled many viewers, who resurfaced accusations of domestic abuse Depp faced from his now ex-wife, Amber Heard.

“Hang on, Graham Norton jojes [sic] about men abusing women and then welcomes Johnny Depp to his show?” one tweet reads.

Heard filed for divorce in May 2016, citing “irreconcilable differences.” Shortly after filing, she told People Magazine that Depp had abused her during their relationship.

In August 2016, Heard announced that she would donate her entire $7 million divorce settlement to multiple charities, including the American Civil Liberties Union, to aid in that organization’s efforts to stop violence against women.

Hang on, Graham Norton jojes about men abusing women and then welcomes Johnny Depp to his show?

Graham Norton making jokes about Kevin Spacey in his monologue but then having Johnny Depp as a guest ????????????