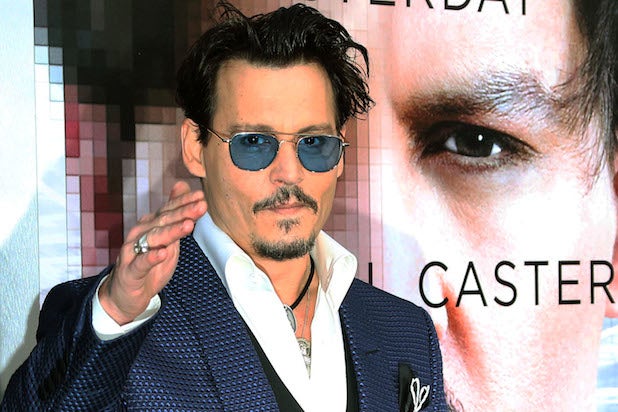 Justin Long has revealed that Johnny Depp has joined the cast of Kevin Smith‘s modern-day monster movie “Tusk,” which will be released later this year by A24.

Representatives for A24, Demarest Films and Depp did not immediately reply to requests for comment.

Also read: Inside the Kevin Smith Biopic Being Made by Two Superfans In England

“Tusk” stars Justin Long as a journalist who finds the story of a lifetime in Mr. Howe (Michael Parks), a worldwide adventurer with amazing tales and a curious penchant for walruses. Smith wrote the film, which co-stars Genesis Rodriguez and Haley Joel Osment.

The film, which was born out of one of Kevin Smith‘s immensely popular SModcasts, was produced by Shannon McIntosh and Demarest’s Sam Englebardt and David Greathouse.

In a recent interview with Long Island Newsday, Long said he’s currently working on “Tusk” and that “Johnny Depp is in that one.”

Depp is likely playing a French-Canadian inspector named Guy Lapointe, who investigates the bizarre case of a man trapped in a walrus costume.

Smith previously indicated that he planned to cast a major movie star in the small but crucial role, which required only two days of shooting. He was ecstatic on Twitter on Sept. 4 upon getting word that he had secured his man, whose identity remained a mystery at the time.

In March, a representative for A24 told TheWrap that Smith had “cast a friend” as Lapointe. Well, Depp would qualify as a friend, as the duo have hosted charity events together and their daughters went to the same school at one point. Additionally, Depp’s longtime makeup artist Joel Harlow worked on “Tusk,” while Demarest Films has produced three movies starring Depp’s fiancee, Amber Heard.

Depp next stars in “Transcendence” and will soon be seen in Demarest’s “London Fields,” Disney’s “Into the Woods” and Lionsgate’s “Mortdecai.” Depp is currently prepping to play Whitey Bulger in WB’s ‘Black Mass” before he starts filming the “Alice in Wonderland” sequel. He’s repped by UTA and attorney Jacob A. Bloom.