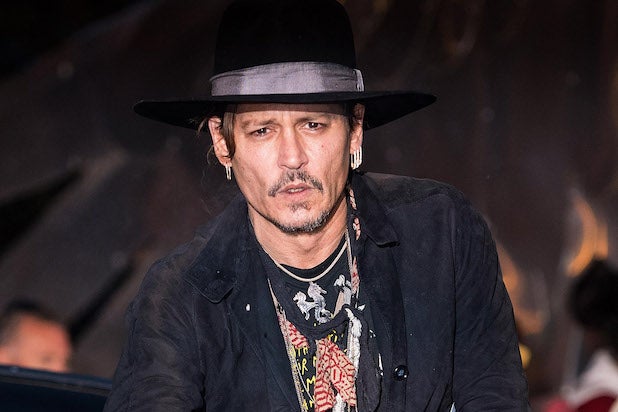 Johnny Depp has filed yet another lawsuit claiming that the people he entrusted with his business affairs ripped him off big-time.

The “Pirates of the Caribbean” star, who in January sued his former managers The Mandel Company, has now sued his former lawyer and his firm, alleging that they cost the actor “tens of millions of dollars” through the “unauthorized taking of Mr. Depp’s film residual and other economic rights for themselves” as well as via “conflicts of interest, self-dealing, legal malpractice” and other means.

The suit, filed Tuesday against the firm Bloom Hergott Diemer Rosenthal LaViolette Feldman Schenkman & Goodman as well as Jacob A. Bloom, states that the defendants “each collected over $30 million in contingent fees based on Mr. Depp’s variable income … without, among other things, the statutorily prescribed written contract, in a clear violation of California law.”

The suit cites “an improper and predatory ‘hard money loan'” that involved “terms that were materially worse than what were generally available to Mr. Depp through a standard commercial loan.” According to the suit, the loan was obtained through specialty finance company Grosvenor Park Media, which unbeknownst to Depp had “professional relationships” with the law firm.

“In fact, ultimately Mr. Bloom ultimately was given a position on the advisory board of Grosvenor Park,” the suit reads.

According to the suit, the initial loan was for $12.5 million, later increasing to $19 million, and was secured with Depp’s residuals from the first four “Pirates of the Caribbean” films, as well as “Alice in Wonderland” and “Into the Woods.”

The loan, which according to the suit was loaded with “high fees, double-digit interest rates” and “substantial prepayment penalties,” kept millions in residuals out of Depp’s pockets, the complaint says.

“Over the approximately three-year period since the … loan was initiated, Mr. Depp should have received a total of approximately $32 million in residuals from the Films. Instead, Depp received nothing,” the suit reads.

In a statement provided to TheWrap, the Bloom Firm said it was “extremely disappointed” by Depp’s move to sue.

“In light of the longstanding relationship between the Bloom Firm and Mr. Depp, the Firm is extremely disappointed that Mr. Depp has decided to file this lawsuit,” the firm said. “The Firm disagrees with Mr. Depp and his counsel on the law and the facts, and intends to defend the lawsuit vigorously.”

The suit alleges legal malpractice, breach of fiduciary duty and other counts.