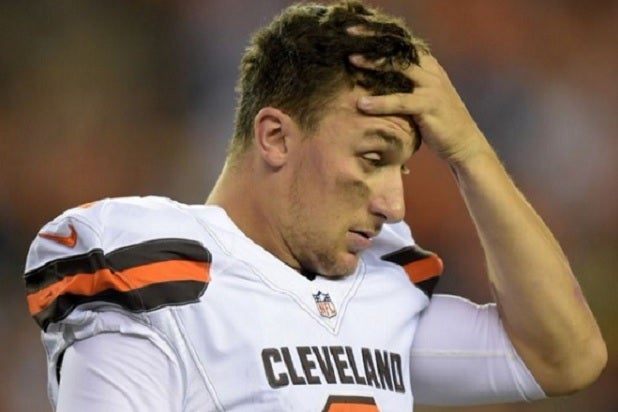 The former Cleveland Browns first-round pick was accused of hitting Crowley and threatening to kill her during a dispute on Jan. 30.

Crowley allegedly said in court documents that Manziel struck her so hard that she temporarily lost hearing in one ear. The 2012 Heisman Trophy winner and Texas A&M star faces a charge of misdemeanor assault related to family violence, which carries up to one year in jail and a $4,000 fine.

Manziel was cut by the Browns in March after two drama-filled seasons. He’s been inconsistent on the field and his non-stop partying makes headlines on a weekly basis. Two prominent agents have dropped Manziel in the last few months and he’s been let go by his marketing team and several sponsors, including Nike.

Manziel’s future in the NFL is in serious jeopardy, as the league has made domestic violence a priority after the Ray Rice situation became a public relations nightmare for the league in 2014.

Crowley says that Manziel accosted her at a Dallas hotel and later struck her when they drove back to her apartment in nearby Fort Worth. She was granted a protective order that requires that the ex-QB not see her for two years, remain at least 500 feet from her home and place of work, and pay $12,000 in legal fees.

She also alleges that Manziel threatened suicide during the altercation.