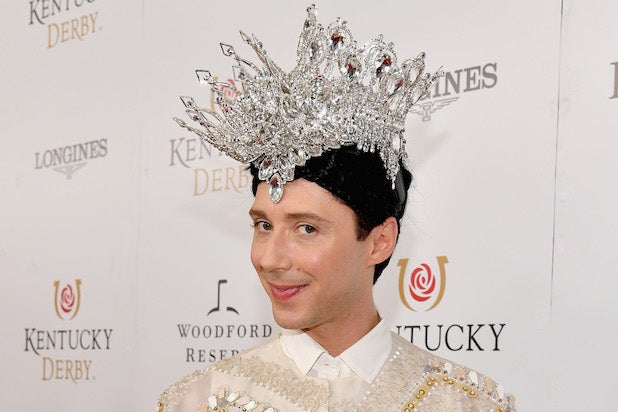 Two-time Olympian and NBC correspondent Johnny Weir has joined the cast of Netflix’s upcoming ice-skating drama “Spinning Out” as the main competition for protagonist skating duo Kat (Kaya Scodelario) and Justin (Evan Roderick), an individual with knowledge of the casting tells TheWrap.

The 10-episode series centers around Kat Baker an up-and-coming, high-level single skater who’s about to turn in her skates after a disastrous fall took her off the competition track. When Kat seizes an opportunity to continue her career as a pair skater with a talented bad-boy partner Justin, she risks exposing a fiercely kept secret that could unravel her entire life. On and off the ice, Kat and her new partner will face daunting odds, injury to body and soul, financial sacrifice, and even potential mental breakdown on their way to realizing their Olympic dream.

Weir — a real-life competitive figure skater and Olympic games host — will play Gabe, who “seems like an easy-going guy but under his funny, laidback exterior he’s a cutthroat competitor who will stop at nothing to beat Kat and Justin.”

Olsen will play Mandy, Justin’s stepmother. Raised in rural Kentucky, Mandy started her own real estate business from scratch. She fell in love with Justin’s widower father when she sold him a house, and has helped raise his two younger sons.

Kemp is Mitch, the charming, British “it coach” in the region who has gotten scores of girls into high-level competitions. When he first signs on to be Serena’s coach, she’s sure she will finally best her sister.

Leeb is taking on the role of Leah, Gabe’s skating partner who is as mean as she is beautiful. When she’s replaced by Kat as Justin’s pair partner, she makes it her life’s mission to take the two of them down.

And Edwards is Marcus, son of a prominent African American family, and Kat’s co-worker at the lodge bar. Besides being a bartender, he is also a gifted skier who is trying to find his place in a predominantly white sport.

“Spinning Out” was initially set to star Emma Roberts in the role of Kat, but she left because she booked another series. Scodelario was named as her replacement last week.