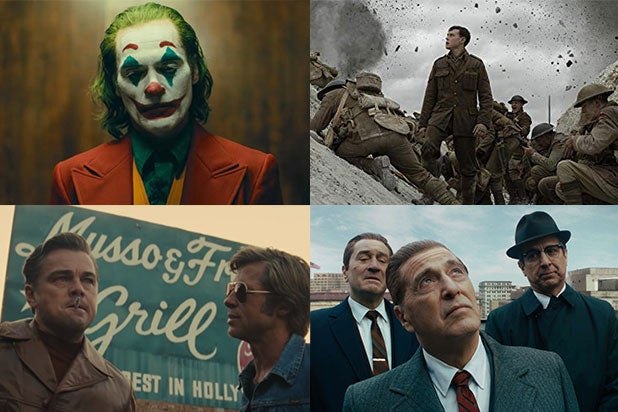 Todd Phillips’ “Joker” led the 2020 Oscar nominations with 11 nods, while “Once Upon a Time… in Hollywood,” “The Irishman” and “1917” tied in second place with 10 nominations each.

“Pain and Glory,” “Judy,” “Harriet” and “Toy Story 4” scored two nominations each, while “A Beautiful Day in the Neighborhood,” “Ad Astra,” “Richard Jewell,” “Avengers: Endgame,” “The Lighthouse,” “The Lion King,” “Knives Out,” “Frozen II” and “Rocketman” each just received one.

“Parasite” was nominated in both the Best Picture and Best International Picture, and Bong Joon Ho also picked up a nod for Best Director and Best Original Screenplay alongside Jin Won Han.

The 2020 Oscar nominations were announced on Jan. 13 by John Cho and Issa Rae, live from the David Geffen Theater at the Academy Museum of Motion Pictures. The 92nd Oscars will be held on Sunday, Feb. 9 at the Dolby Theatre in Hollywood, and will be televised live on ABC at 8 p.m. ET/5 p.m. PT.