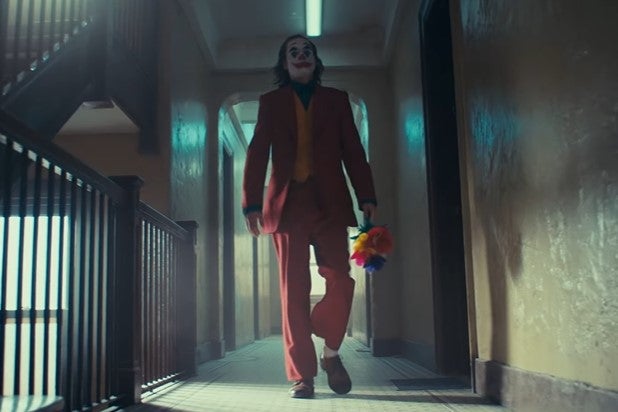 Sometimes the supervillain has his day: “Joker” has passed “Justice League” on the all-time box office charts.

Made on almost a sixth of the budget of “Justice League” at just $55 million, “Joker” has exploded into the top 10 highest grossing movies of the year with $737 million grossed after just 3 weekends in theaters worldwide.

On the other hand, even though “Justice League” sported all of DC’s most popular superheroes — including Superman, Batman and Wonder Woman — it performed below its pedigree two years ago by grossing just $657 million worldwide. Considering that a solo film like “Wonder Woman” outperformed it and the “Avengers” films have made as much as four times that amount, it was a disappointment even as it turned a profit for Warner Bros.

“Joker” has performed completely the opposite. The film is now ranked among the top 5 highest grossing R-rated movies of all time. It joins a list that includes “The Passion of the Christ,” the two “Deadpool” films, and “It,” the latter of which “Joker” passed on the all-time charts as well.

In the coming weeks, “Joker” will become the first R-rated film to gross over $800 million worldwide without inflation. “The Passion of the Christ” would pass that mark with inflation, having grossed $611 million in 2004.

Outside the R rating, “Joker” will pass the global total of “Suicide Squad” ($746 million) on Monday, and will also soon pass the $821.8 million global run of “Wonder Woman.” Once it passes “Wonder Woman,” “Joker” will be among the top 5 highest grossing DC films of all-time, sitting only behind “Aquaman,” “The Dark Knight Rises,” “The Dark Knight” and “Batman v Superman: Dawn of Justice.”