Brad Pitt is my hero.

And his ex-wife, Jennifer Aniston, comes in second. 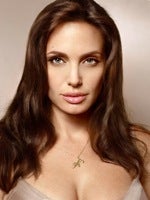 Between June 2008 and June 2009, the magazine estimates that Jolie earned $27 million. Much of that apparently came from her share of the profits on the ’08 summer actioner "Wanted," but she also has apparently been paid a hefty sum for the upcoming spy thriller "Salt."

Aniston earned $25 million for "Marley & Me" and the upcoming comedy "The Baster." She still earns money from "Friends," and her endorsements include Glaceau’s SmartWater.

Meryl Streep ranks third on the list with $24 million earned during the time frame. Her upcoming film is Sony’s "Julie & Julia," opening in August.