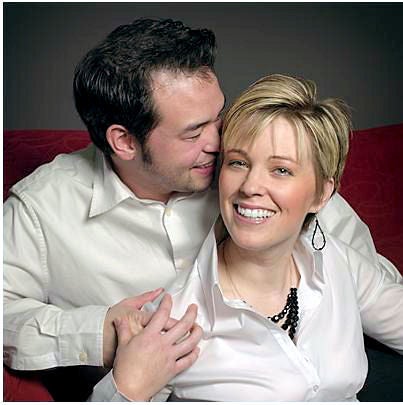 On the same day TLC essentially cut him out of reality show "Jon and Kate Plus 8," Jon Gosselin is seeking to delay his divorce by 90 days, In Touch Weekly reports.

The philandering father of eight today submitted papers to a Pennsylvania court-approved arbitrator seeking suspension of divorce proceedings for 90 days. He told In Touch, "This will enable Kate and me to restore our relationship as cooperative parents and to open up our lines of communication. I hope that she will be as receptive and enthusiastic as I am to do what is best for our family."

Jon, who recently said on ABC’s "Primetime" that he "despises" his wife, told In Touch, "Even though we were heading for a divorce, it appeared that Kate had been suffering from this divorce as much as I had. That’s why I asked my attorney to put the brakes on this divorce so I could try to regain control over the future of our family. So Kate and I could join on a cooperative course that would benefit our family — not destroy it."

Before today’s filing, the Gosselins’ divorce had been scheduled to become final by the end of November. "I regret my conduct since Kate and I separated [on June 22]," Jon told In Touch. "I used poor judgment in publicly socializing with other women so soon."