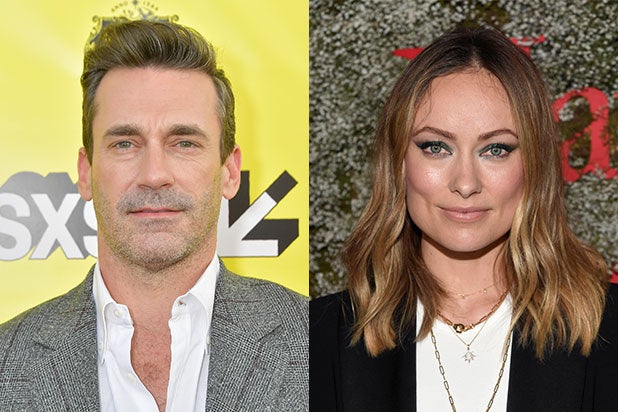 Jon Hamm and Olivia Wilde are set to star in Clint Eastwood’s “Richard Jewell,” an individual with knowledge of the project told TheWrap.

“Richard Jewell,” previously titled “The Ballad of Richard Jewell,” is based on the story of a security guard who was falsely accused in the bombing that took place at Atlanta’s Centennial Park during the 1996 Summer Olympics.

Billy Ray wrote the screenplay based on the 1997 Vanity Fair article from Marie Brenner that describes how Jewell, originally hailed by the media as a hero for alerting police to the presence of a bomb and helping evacuate the area, was identified as a prime suspect in the Olympic Park bombing, completely upending his life in the process.

Paul Walter Hauser is playing the lead role, with Sam Rockwell and Kathy Bates also starring in the drama. Wilde will play real-life reporter Kathy Scruggs, who covered the events as they unfolded, while Hamm will play an FBI agent who investigates the bombing. Leonardo DiCaprio and Jonah Hill had previously been attached to star.

“Richard Jewell” reunites Eastwood with Warner Bros., which released his last film, “The Mule,” in which Eastwood starred opposite Bradley Cooper. It grossed $171.3 million at the global box office.

Wilde recently made her directorial debut with “Booksmart” and starred in “A Vigilante” last year. She is represented by Untitled Entertainment, Hamilton Hodell, PMK*BNC and CAA.

Hamm most recently starred in “Bad Times at the El Royale” and “The Report,” which premiered at Sundance. He will next be seen in “Top Gun: Maverick.” He is represented by CAA, Forward Entertainment and Wolf-Kasteler Public Relations.