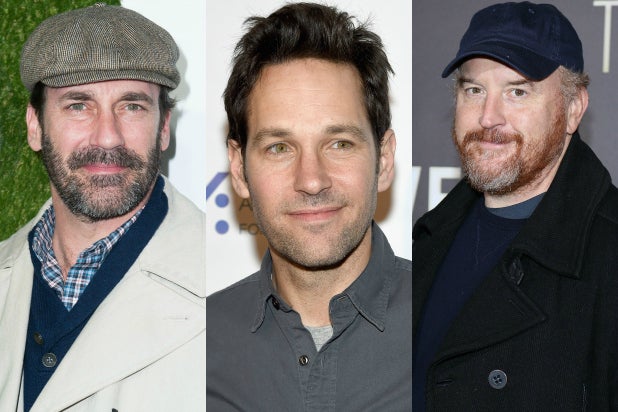 They say laughter is the best medicine, well, it’s also a pretty great way to raise money for incurable disorders.

The first wave of performers for Comedy Central’s “Night of Too Many Stars” includes Bill Burr, Louis C.K., Jon Hamm, John Oliver, Paul Rudd and Amy Schumer, who will all join host Jon Stewart to raise funds for autism awareness.

Adding to the hilarity will be Larry David, Martin Short and Larry Wilmore, who will man the phone lines during the TV telethon.

The live performance, sketch and short films event will be taped on Saturday, Feb. 28 at the Beacon Theatre in New York City. The telethon will air March 8 on Comedy Central.

Since 2006, “Night of Too Many Stars” has raised over $18 million. For more information about the event and submitting donations to New York Collaborates for Autism, fans can go to www.cc.com/toomanystars.

“Night of Too Many Stars: America Comes Together for Autism Programs will premiere on Comedy Central on Sunday, March at at 8 p.m.