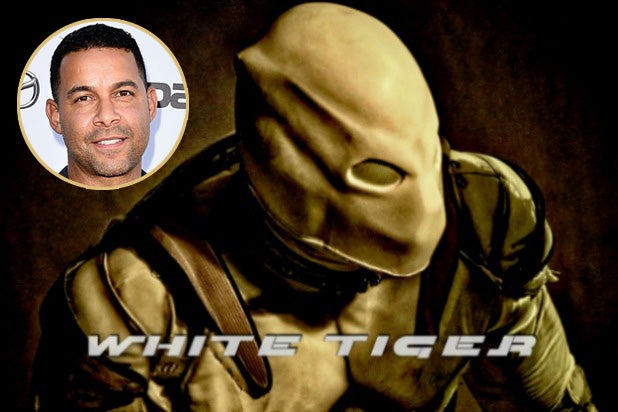 Actor Jon Huertas’ inspiration in making the self-financed “White Tiger,” based on the Marvel character, was simple — he wanted to see a superhero he could relate to.

White Tiger, created by Bill Mantlo and George Pérez, was the first Puerto Rican superhero in the history of comics, and Marvel’s first superhero of Hispanic descent. Growing up without a father figure, Huertas looked to film, television and comic books for guidance.

“I saw heroes like that and it made me want to be more like that than the guy slinging dope on the corner or the guy in a gang,” the “This is Us” actor said. “I wanted to be a good guy and make great decisions and be a strong male figure in my own life because of that.”

Given the influence White Tiger had on him as a child, Huertas said he made the film so that young Latino males growing up in at-risk neighborhoods might see themselves in Hector Ayala (the character’s civilian name) and choose to be more like him than the drug dealer on the corner.

Although Huertas loves Batman, Spider-Man, He-Man and various other comic book superheroes, he said he couldn’t truly identify with any of them.

“It would have been great to have a superhero that influenced me and made me feel like this guy understands my experience, and then finally I found the White Tiger,” Huertas told TheWrap. “He’s a Puerto Rican from the Bronx — just like me — and he wanted to clean up his neighborhood. He inspired me to be a better person, a better man and always do the right thing.”

The actor added that White Tiger had a great impact on his personality growing up.

“Always fight for the little guy, and that’s just been my personality for years. And I can say with a hundred percent definitive proof that I’m like that because of the White Tiger,” Huertas said. “That’s why I wanted to do it.”

White Tiger was born in San Juan, Puerto Rico. As a college student at New York’s Empire State University, he discovered the tiger amulets that were formerly worn and discarded by the Sons of the Tiger. Donning all three amulets, he transformed into the superhuman White Tiger. Wearing all of the pendants at once increases his strength and gives him nearly superhuman skills in the martial arts.