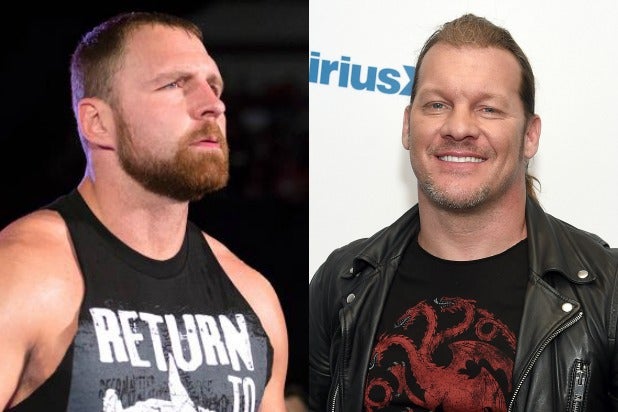 Jon Moxley — a.k.a. Dean Ambrose from his WWE days — on “Talk Is Jericho” has delivered record downloads for Chris Jericho’s podcast on Westwood One.

While Tuesday’s “TIJ” episode had already broken series records within its first 10 hours, as of 5:40 p.m. yesterday, “The Emancipation of Jon Moxley” had topped 600,000 downloads, TheWrap learned exclusively. That was the tally within the first 40 hours of posting — and it continued to grow.

By 11 a.m. ET Friday, the episode surpassed 700,000 downloads, a person with knowledge of the internal numbers told us. The downloads doubled from Wednesday to Thursday.

The few of you who have not yet listened to the explosive Moxley interview, during which he obliterates WWE’s creative process and his former boss Vince McMahon, can do so by following the “Also Read” below.

Among the things Moxley took issue with during his WWE tenure, the former “Lunatic Fringe” blamed McMahon for some of those promo lines Ambrose spoke about former Shield-mate Roman Reigns’ real-life cancer. Moxley — real name Jonathan David Good — referred to them as “very distasteful.”

“I went: ‘I’m not saying- are you kidding me?'” Good recalled thinking. “‘This is clearly a mistake.'”

Ambrose says he took his complaint to McMahon in a production meeting, where the WWE chairman pulled a “Vince Jedi-Mind Trick” and convinced him the promo wasn’t “so bad.”

Judge for yourself just before the 3-minute mark below.

“As soon as that line left my mouth I went, ‘Oh my God, I can’t believe I just said that,'” Good told Jericho.

There was much more where that came from — find some of the more damning quotes from the episode here. WWE alums Moxley and Jericho both wrestle for upstart competitor All Elite Wrestling (AEW) now.

Jericho drops his podcasts at 2 a.m. ET Wednesdays and Fridays. His show used to exist on PodcastOne, but now lives on the Westwood One Podcast Network.