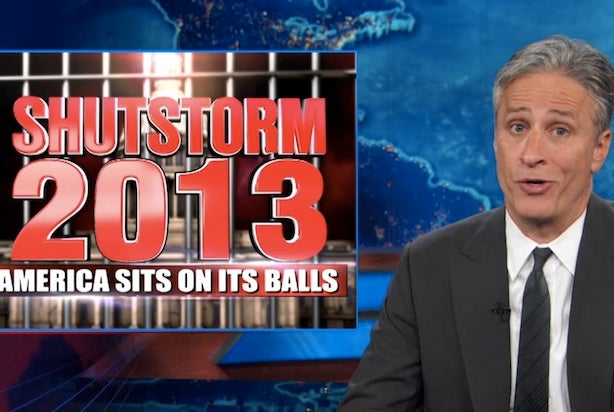 Long waits and technical glitches have hampered the roll-out of one of President Obama’s signature legislative achievements, the Affordable Care Act.

And error messages on websites and call center wait times of up to 15 minutes have some Americans seeing red.

On Monday’s edition of “The Daily Show,” host Jon Stewart poked fun at their impatience, by noting that when it comes to “Twilight” and Apple products, most people have no difficulty dealing with long delays.

“We will camp out all night to be the first people to buy a phone or see a movie about shirtless werewolves, but you’ve got 10 minutes to get me this [bleep] healthcare,” Stewart said.

Not that Stewart let the Obama administration entirely off the hook for its handling of ObamaCare. He noted that the healthcare exchanges have been in the works for three years, which should have given the White House ample time to smooth out any problems.

After all, healthcare does stand as the cornerstone of President Obama’s legacy, so he has some incentive to get it right.

“That would be like if Lincoln didn’t bother proofreading the Emancipation Proclamation and ended up freeing the Daves,” Stewart said.