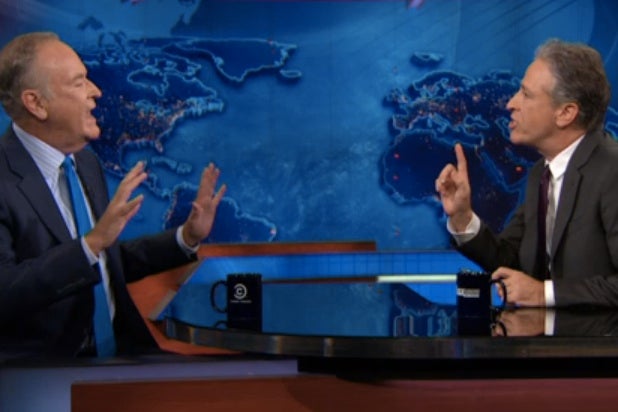 The media’s odd couple got together again Wednesday night to debate the issue of white privilege.

After briefly plugging O’Reilly’s new book “Killing Patton,” Stewart got right into it. ” I want you to admit that there is such a thing as white privilege … I just want you to say that I’m terribly, terribly wrong on this.”

O’Reilly shot back that if there’s such a thing as White privilege, there’s also Asian privilege, since according to him, they make more money than White people.

Stewart dismissed the notion, noting white people have “set the system,” which generated a history lesson from O’Reilly, pointing out that slavery in America has ended, there is an African American president, and Oprah is the most powerful women in the world.”

The exchange eventually grew louder, bordering into a shouting match.