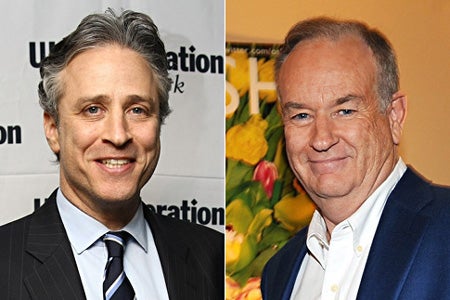 Fresh off declaring itself the “most trusted name in news,” the Fox News Channel is touting another mini-coup: Jon Stewart will appear on Bill O’Reilly’s “Factor” on Wednesday. It’s the second time Stewart has appeared on the show and first since 2004, when the "Daily Show" host was out promoting "America: The Book."

Fox News plans to air the interview in two parts on Wednesday and Thursday.

The timing is interesting. Stewart has raised eyebrows among liberals recently for his criticism of the Obama Administration and MSNBC host Keith Olbermann.

Here’s some video of the last time Stewart appeared on "The Factor":