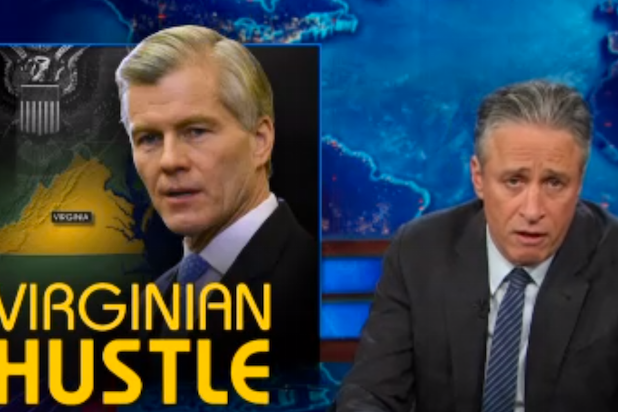 Another week, another political scandal.

Jon Stewart diverted his gaze from New Jersey, where Gov. Chris Christie is fighting to keep his presidential ambitions alive after aides allegedly closed down traffic lanes in an act of retribution, to Virginia, where former Gov. Bob McDonnell is charged with illegally accepting more than $165,000 in gifts and loans from a businessman.

“It explains the state’s new motto — Virginia is for 10,000 milligrams of niacin,” Stewart said.

And about those gifts — they reportedly included a three day vacation at a luxury lake house, complete with a Ferrari for the governor to drive while he relaxed.

“When you’re a public servant on a paid-for vacation at a donor’s lake house, you’ve got to keep a low profile,” Stewart joked.

But the strangest perk that McDonnell enjoyed was definitely the 30 boxes of anti-inflammatories he allegedly received.