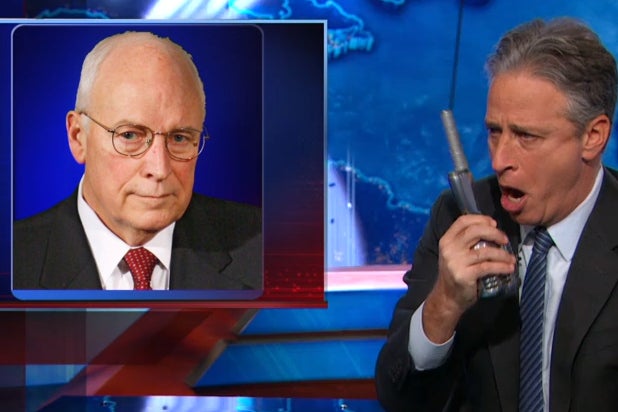 Jon Stewart was straight-up terrified by Dick Cheney’s recent appearance on “Meet the Press,” where the former Vice President of the United States strictly defined “torture” as what happened to 3,000 Americans on Sept. 11, 2001.

The “Daily Show” host pushed back on it as much as “Meet the Press” anchor Chuck Todd did on his NBC News program Sunday.

“He had just met the press, and he opened with 9/11,” Stewart said, flabbergasted. “That’s like Lynyrd Skynyrd walking out and going, ‘Hey why don’t we just kick if off with ‘Freebird’?'”

As a result of Cheney’s unwavering views despite the frightening C.I.A. torture report, Stewart deduced that the politician’s mind must be “the scariest fucking place in the universe.”

Therefore, you can imagine his surprise when the Comedy Central host found out that Cheney was secretly a “Brony.”

Stewart ended his long opening segment on Monday with a sincere note of gratitude.

“George W. Bush — thank you for not dying while you were in office,” he concluded.