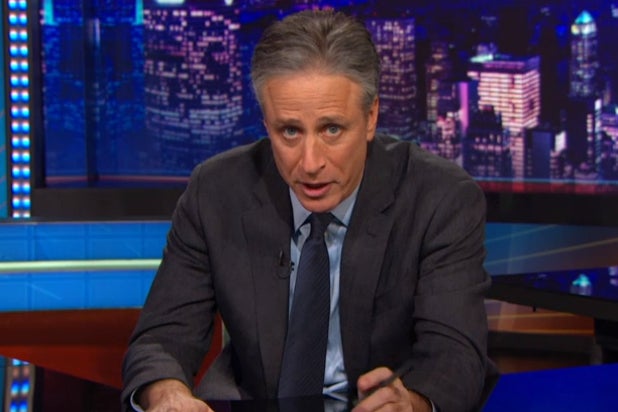 Jon Stewart‘s imminent departure from “The Daily Show” on the heels of Stephen Colbert‘s exit from the network last year is a brutal loss to the network and a challenge to its chief Doug Herzog.

Stewart’s “Daily Show” and “The Colbert Report” have ruled the cultural conversation for years, while driving upwards of $100 million in revenue for the network, an individual with knowledge of the shows told TheWrap.

“To have them drive so much money and interest and move the culture … That’s a huge loss for any network. It’s crazy,” reflected one rival network executive on Tuesday, after the news came of Stewart’s departure.

Stephen Colbert left the network late last year for CBS, where he will take over David Letterman‘s “Late Show” gig.

While fans were shocked on Tuesday to find out that the comedian is calling it quits later this year, the cable channel knew that the surprising public announcement was coming, the individuals told TheWrap. Viacom Entertainment Group President Doug Herzog has been aware for months that his star fake-news anchor had other plans for his life.

That doesn’t mean that the network isn’t — or at least shouldn’t be — nervous.

One executive noted that “Jon’s is a deeply personal decision about what he doesn’t want to do anymore.”

That aforementioned worrying makes sense, considering what Stewart and Comedy Central have accomplished together. The pairing have accounted for the last 12 years’ worth of Emmys for Best Variety Show, with “The Colbert Report” — which Stewart also exec produced — taking the last two and “The Daily Show” earning the 10 before that.

That said, when Stewart signs off, he won’t completely be leaving the show or network behind him. Stewart’s company Busboy produces Larry Wilmore’s “The Nightly Show” and Stewart’s annual “Night of Too Many Stars” on Comedy Central; he will continue to produce “The Daily Show” when the franchise moves on to its next chapter.

A date for Stewart’s final “Daily Show” as well as his eventual replacement are yet to be announced.