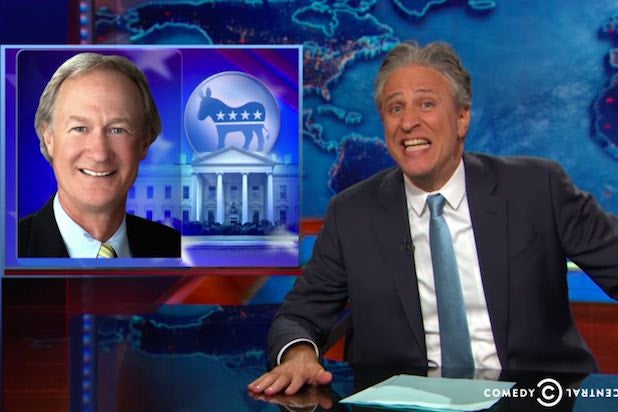 Jon Stewart mocked the growing field of presidential hopefuls as “19 and counting” on Thursday night, in reference to the Duggar family molestation scandal that has been unfolding in recent weeks.

“We really can’t ignore the big story of the day. It’s pretty upsetting, and it only seems to get worse — a tragic tale of oppressive belief, self-denial and really refusing to accept the consequences of your words and actions,” the “Daily Show” host said in the opening segment of the show. “19 and counting — by which I mean the number of candidates in the 2016 presidential race.”

“These people are lying to themselves, and today we heard from two more White House hopefuls who don’t get that the quiver is f–king full,” Stewart said in response to former Texas governor Rick Perry and U.S. Senator Lincoln Chafee announcing formal bids on Thursday.

Of homespun Chafee, Stewart said his running is “proof that prayer really does work!”