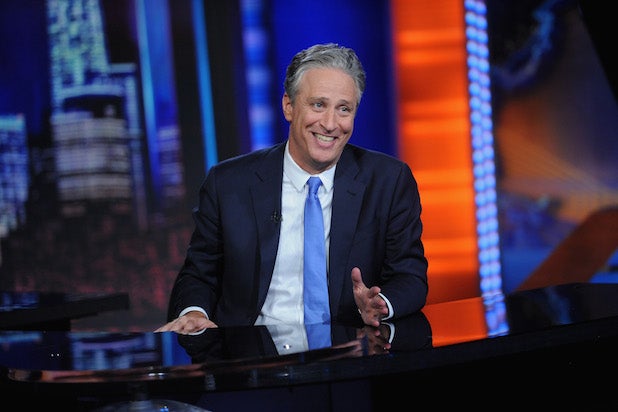 Jon Stewart may not be hosting “The Daily Show” anymore, but we don’t need to watch him on a political satire show every night to figure out how he feels about Donald Trump.

“I would vote for Mr. T. over Donald Trump,” Stewart said Monday during a taping of the University of Chicago’s Institute of Politics’ “The Axe Files,” a podcast hosted by President Obama’s former senior advisor David Axelrod.

Stewart then took another aim at the presumptive GOP nominee, saying: “I’m not a Constitutional scholar so I can’t necessarily say, but are you eligible to run if you are a man-baby? Or a baby-man?”

Stewart, ever so polite, made sure not offend regular “man-baby Americans.”

“I’m not here to be politically incorrect, if they’re referred to as man-baby Americans … but he is a man-baby,” he joked. “He has the physical countenance of a man and a baby’s temperament and hands.”

When it comes to the Democratic race, Stewart said Clinton is going to be in “big trouble” if she doesn’t convince voters of her “authenticity.”

If you’re hoping this is a sign that Stewart is itching to do get back on TV, don’t hold your breath.

“I’m not going to be on television anymore,” he said, insisting he wasn’t “restless.”

But his fans could be getting their Stewart fix sooner rather than later in the form of a short, viral-video political cartoons starting in September.

“We’re working on technology and animation to try and do interesting and little small bits,” he explained, adding, right before downplaying expectations. “The October surprise in this election is not going to be a two-minute cartoon that I’m going to release.”

Stewart stepped down as host of “The Daily Show” after 17 years in August 2015.

In November 2015, it was announced that Stewart signed a four-year deal with HBO that will include exclusive digital content for HBO NOW, HBO Go and other platforms.

HBO chief Richard Plepler said last week that he is “hopeful” that Stewart will return to the air before the election, adding that he “has free rein to do whatever he wants.”