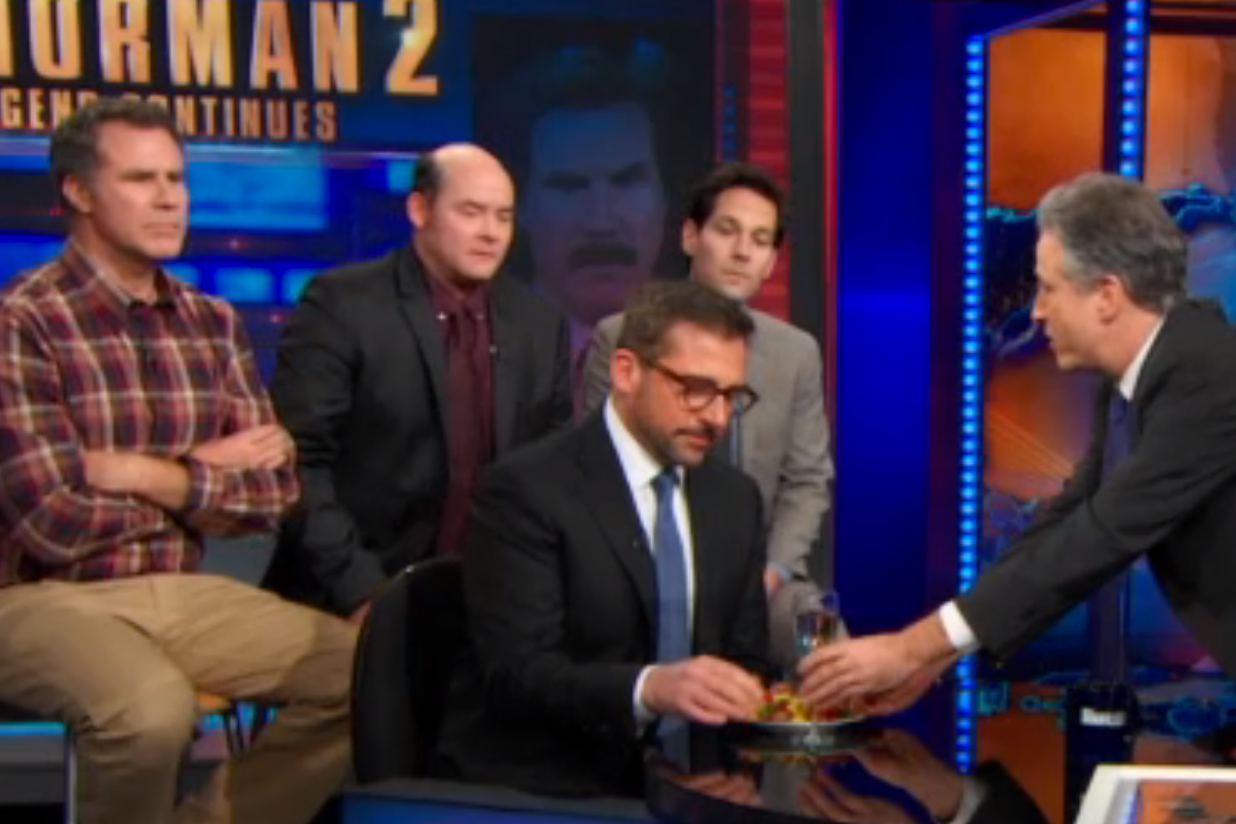 Steve Carell returned to his old stomping grounds on Wednesday, dragging the rest of the cast of “Anchorman 2: The Legend Continues” with him to an appearance on “The Daily Show.”

Carell, who was a correspondent on the Comedy Central program for five years, didn’t come empty handed. Along with Will Ferrell, David Koechner and Paul Rudd, the “Anchorman” foursome arrived carrying paintings, ornaments and a glass globe.

“I did not expect that you would take all of the stuff out of the green room and bring it out here as though it was a gift,” Stewart said. “I just thank you because that was like, that was like, ‘would have been thoughtful.'”

“It seems really cluttered in there,” Koechner said.

Carell quickly found himself in the hot seat, with his old colleague grilling him for the dirt on the “Anchorman” cast. He was forced to confess to Stewart that yes, Ferrell is a drunken prick on set, Koechner does have a pornography addiction, and Paul Rudd is not aging in a normal human way.

“Time marches inexorably on and yet [Rudd] through some combination of yoga and maybe stored Nazi blood has managed to maintain a youthful vigor that makes me feel like if I kill him I become him,” Stewart said.

“You can cut off his face and apply it to your face and those healing nutrients…,” Carell said.

With that, the whole segment devolved into an epic battle as Stewart tried to pry off Rudd’s face, and with it, his youthful good looks.