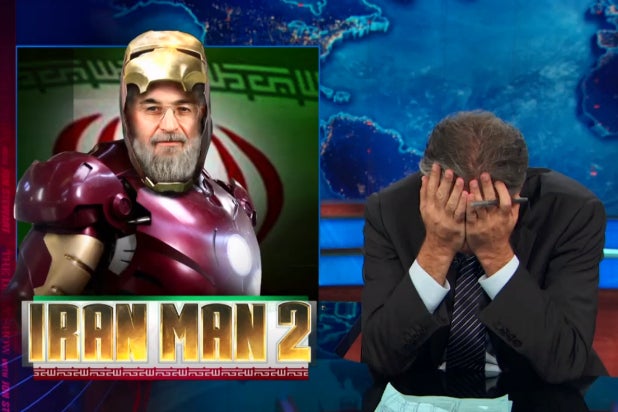 Jon Stewart has a tip for new Iranian President Hassan Rouhani, who recently played the “I’m not a historian” card when asked if the Holocaust happened or not.

“When the question is, ‘Was the Holocaust real?’ I believe the proper response to that would be, ah, ‘F—king A yeah, yeah — it was pretty real,'” the “Daily Show” host offered Thursday.

“You know what? Forget the Holocaust,” Stewart said, moving on to the United Nations General Assembly.

“That came out wrong,” he admitted.