Jon Watts is making the jump from the world of superheroes to a galaxy far, far away. The “Spider-Man: No Way Home” director has been tapped to develop a new “Star Wars” television series.

According to Vanity Fair, the future of “Star Wars” will be deeply rooted in new television series on Disney+, beginning with the premiere of “Obi-Wan Kenobi” on May 27, followed by the Diego Luna-led “Andor” series, “The Mandalorian” Season 3 and Rosario Dawson’s solo “Ahsoka” series. But there’s an additional series in the works, shrouded in mystery, led by Watts.

There’s no official title or synopsis just yet, but the working title is reportedly “Grammar Rodeo,” which is a reference to an episode of “The Simpsons.” (In the episode, Bart and some of his classmates steal a car and run away for a week, but that’s the only hint toward a plot so far). Vanity Fair reports that the series takes place after “Return of the Jedi,” roughly in the same era as “The Mandalorian.” Jon Watts — who directed all three Tom Holland-led “Spider-Man” movies — will create and executive produce the series alongside producer Chris Ford, who made “Spider-Man: Homecoming.”

The show is being described as a “Star Wars” version of some of Amblin’s coming-of-age films from the 1980s, like “E.T.” and “The Goonies.” 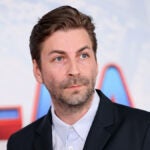 Lucasfilm did not immediately respond to TheWrap’s request for comment on the new series.

Most recently, Watts was attached to direct Marvel’s “Fantastic Four” movie, but his departure from the film was announced last month.

“Collaborating with Jon on the Spider-Man films has been a true pleasure. We were looking forward to continuing our work with him to bring the Fantastic Four into the MCU but understand and are supportive of his reasons for stepping away. We are optimistic that we will have the opportunity to work together again at some point down the road,” Kevin Feige, president, Marvel Studios, and Louis D’Esposito, co-president, Marvel Studios, said in a joint statement.

“Making three Spider-Man films was an incredible and life changing experience for me. I’m eternally grateful to have been a part of the Marvel Cinematic Universe for seven years. I’m hopeful we’ll work together again and I can’t wait to see the amazing vision for ‘Fantastic Four’ brought to life,” Watts added.

A timeline for when Watts’ “Star Wars” series might come to fruition is unclear, but Vanity Fair reports that casting is underway for children around 11 or 12 years old.

In the immediate future, Watts is next directing and writing a thriller for Apple TV+ that will star Brad Pitt and George Clooney.

Watts was previously rumored to be involved in a new “Star Wars” back in February, according to a report by Discussing Film.