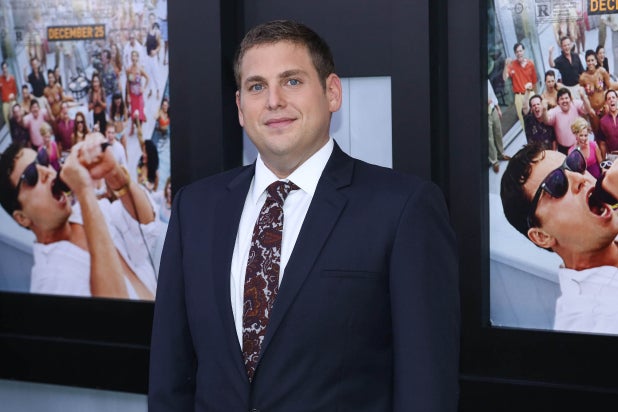 “I’m upset because from the day I was born and publicly I’ve been a gay rights activist,” Hill told the radio host.

“I grew up with gay family members. I’m leaving here to go spend the day with one of my closest co-workers and best friend who is gay, who’s getting married, who I’m going to stand at his wedding. You know? I’m not at all defending my choice of words but I am happy to be the poster boy for thinking about what you say and how those words, even if you don’t intend them and how they mean, they are rooted in hate, and that’s bulls–t. I shouldn’t have said that,” Hill said. “Look, I think I’m pretty good at being in movies. I am not good at being a famous person. I’m just not!”

Over the weekend, Hill told a paparazzo, “suck my d–k, you f—-t” after he teased him for his floral print board shorts.

The actor said he was happy to take heat for using the word.

“What I won’t allow is for anyone to think, especially with all the work that I’ve done and all the loved ones I have, that I would be against anyone for their sexuality,” he said.